Conservative Group Uses AOC's Own Instagram Live Video Against Her in New Ad, and AOC 'Loves Everything About' It 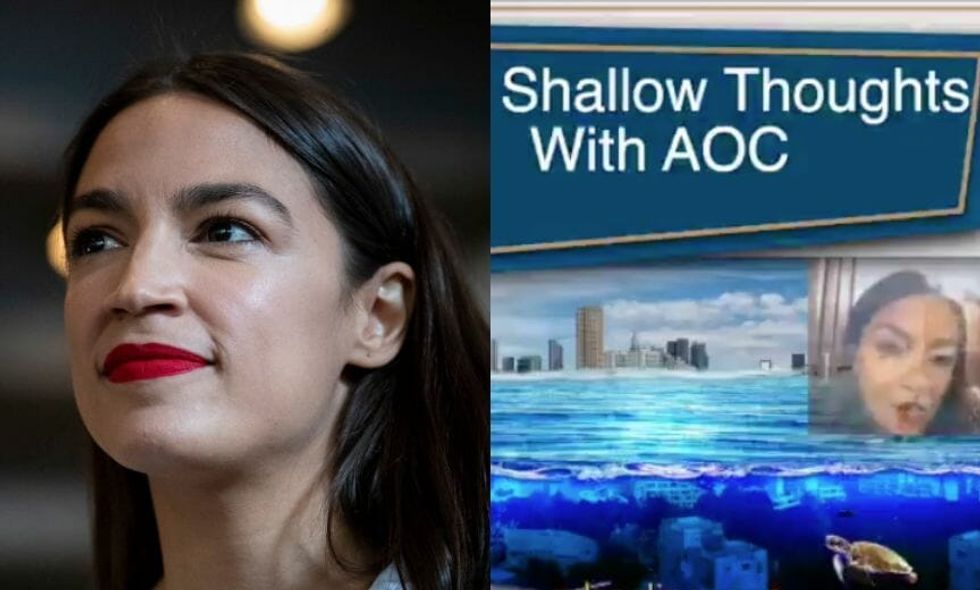 Once again, Conservatives attempted to come for Congresswoman Alexandria Ocasio-Cortez (D-NY). Once again, she beat them at their own game.

A recent ad from MRCTV entitled More Shallow Thoughts with AOC uses a clip from an Instagram Live video in which she explains that the eventual monetary damage wreaked by an unaddressed climate crisis—such as mass flooding and worldwide food shortage—would be far greater than the cost of investing in putting a stop to it.

You can watch the ad below.

"You think overhauling our economy to decarbonize and save the planet is gonna be expensive?" Ocasio-Cortez asks in the video. "Try not decarbonizing our economy and allowing sea levels to rise."

"Every coastal city to go underwater. Every Midwestern city or large swaths of the middle of the country experiencing drought on a level that we have not seen, that's gonna be way more expensive. You think artificially having to create our food supply because the earth can no longer can stustain growing foods naturally, or the sun is scorching the earth so much that we can't grow the food we used to be able to grow? That's going to be a lot more expensive."

The ad was meant to paint Ocasio-Cortez as vapid and ignorant. The problem? Everything she said is correct, which she soon pointed out with her signature clapback skills.

Ocasio-Cortez is one of the most vocal congressional proponents for addressing the climate crisis. She's famously spearheaded the effort to pass the Green New Deal—a massive overhaul of the United States' climate policies designed to stem the damage of man-made damage to the earth.

If Ocasio-Cortez's clapback wasn't enough, others soon pointed out to MRCTV that her "shallow thoughts" weren't as damning as their ad seemed to think they were.

As of now, MRCTV doesn't seem fazed by the backlash. In fact, they retweeted Ocasio-Cortez's clapback.