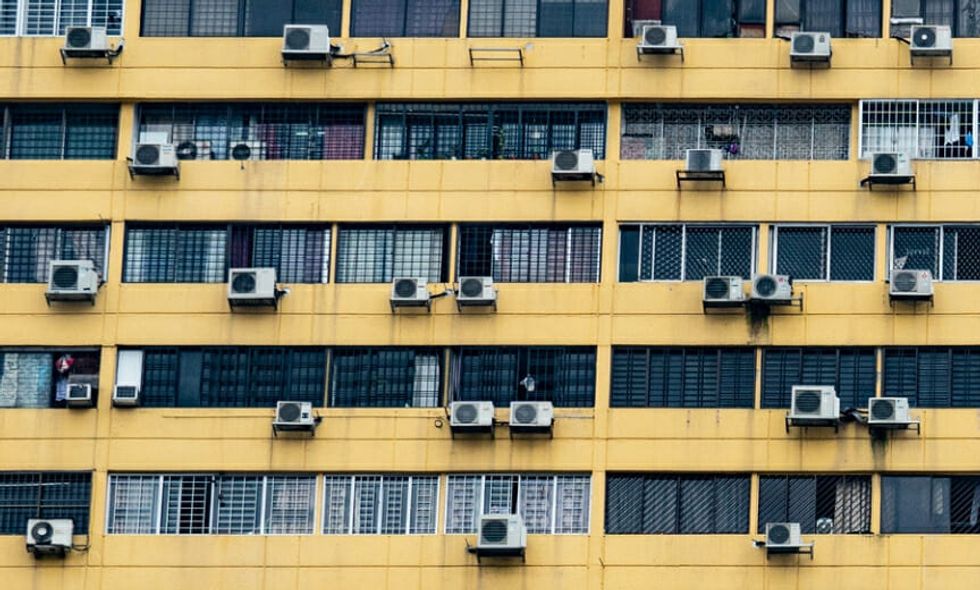 Air conditioning units are a saving grace throughout sweltering summers, but their emission plays a factor in rising temperatures across the earth.

But a new proposal from researchers at the Karlsruhe Institute of Technology are looking to change that.

The key is developing technology to allow the units to absorb carbon dioxide and water before converting them into renewable hydrocarbon fuels then collected into synthetic oil wells to be used as an alternative to fossil fuels.

Though it's only a proposal at the moment, the researchers behind it are optimistic.

"Envision this model adopted globally and collectively," the research reads. "This could have a significant impact on the carbon dioxide load emitted into the atmosphere while safely storing available renewable electrical energy and heat in the form of high-energy-density chemical fuel, rather than in pressurized underground carbon dioxide reservoirs with a chance of leakage."

Many think it's an idea worth exploring.

Excellent information and mind blowing!!! The most effective solution to fight climate change is to trap the greenh… https://t.co/hcCl18jL9F
— Annie (@Annie) 1555822566.0

Curtailing climate change will be anything but a breeze, but it's ideas like these that will save the world.