Researchers Want To Bring Back These 30 "Lost" English Words

The English language evolves, but do these words deserve extinction? Your vote can decide. 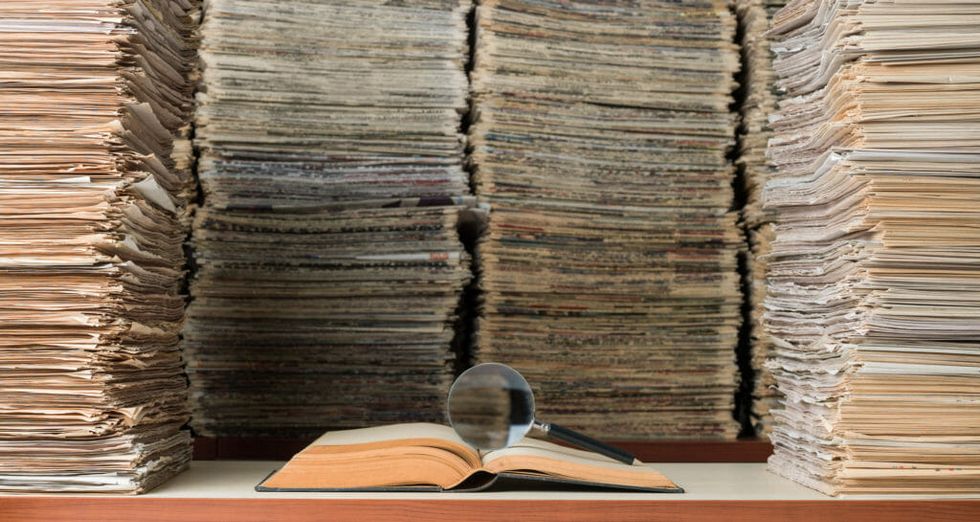 Do you peacockize because you're wlonk with a snout-fair dowsabel who doesn't need to parget? Or are you just a fumish or rouzy-bouzy losenger prone to betrumping? Not sure what that means? That's because the English language is constantly evolving.

1,200 new words were added to the Oxford Dictionary in 2016, including yolo, moobs, slacktivism, and fuhgeddaboudit. But for every word added to our daily vocabulary, others fall out of use.

Some words become irrelevant due to changing lifestyles. The task-specific language of preindustrial farming life has no place in software development. Other words just wane in popularity until they're forgotten while their meaning remains relevant. When was the last time you heard totally tubular or rad unironically?

But do all of these words deserve their fate? The "Lost Words Campaign" at the University of York, a team led by senior linguistics lecturer Dr. Dominic Watt, pored over historical texts and dictionaries for olde English words worthy of a return to the modern-day lexicon.

After three months they selected 30 of the best. Each word in the final 30 fall into one of four categories: "post-truth (deception), appearance, emotions, and personality and behavior."

"Within these themes, we've identified lost words that are both interesting and thought-provoking, in the hope of helping people re-engage with language of old."

Now with their collaborator, Privilege Home Insurance, they're asking for public input.

"We're constantly presented with new additions to the English language, but we rarely discuss the words that are leaving and becoming obsolete," said Christian Mendes, head of Privilege Home Insurance. "As a company, we believe in using 'plain English', and the need to communicate clearly and concisely in important documents such as insurance policies is more evident than ever."

"Research like this is important, and it highlights the constantly evolving nature of the English language, with as many words entering as leaving. We're looking forward to supporting the reintroduction of some long-lost words!"

Ambodexter - a person who takes bribes from both sides

Awhape - to amaze, stupefy with fear or confound utterly

Betrump - to deceive, cheat, elude or slip from

Fumish - inclined to fume or be hot-tempered, irascible or passionate

Hugge - to shudder, shrink, shiver or shake with fear or cold

Losenger - a false flatterer, a lying rascal, or a deceiver

Merry-go-sorry - a combination of joy and sorrow

Nickum - a cheating or dishonest person

Parget - to plaster the face or body with powder or paint

Peacockize - to behave like a peacock, especially to pose or strut ostentatiously

Percher - a person who aspires to a higher status

Quacksalver - a person who dishonestly claims knowledge and skill in medicine

Rouker - a person who whispers or murmurs, who spreads false rumors

Ruff - to swagger or bluster, to brag or boast

Sillytonian - a silly or gullible person

Snout-fair - to have a fair countenance or be fair-faced, comely or handsome

Stomaching - full of malignity, or given to cherish anger or resentment

Teen - to vex, irritate, annoy, or enrage someone