Put another dime in these. 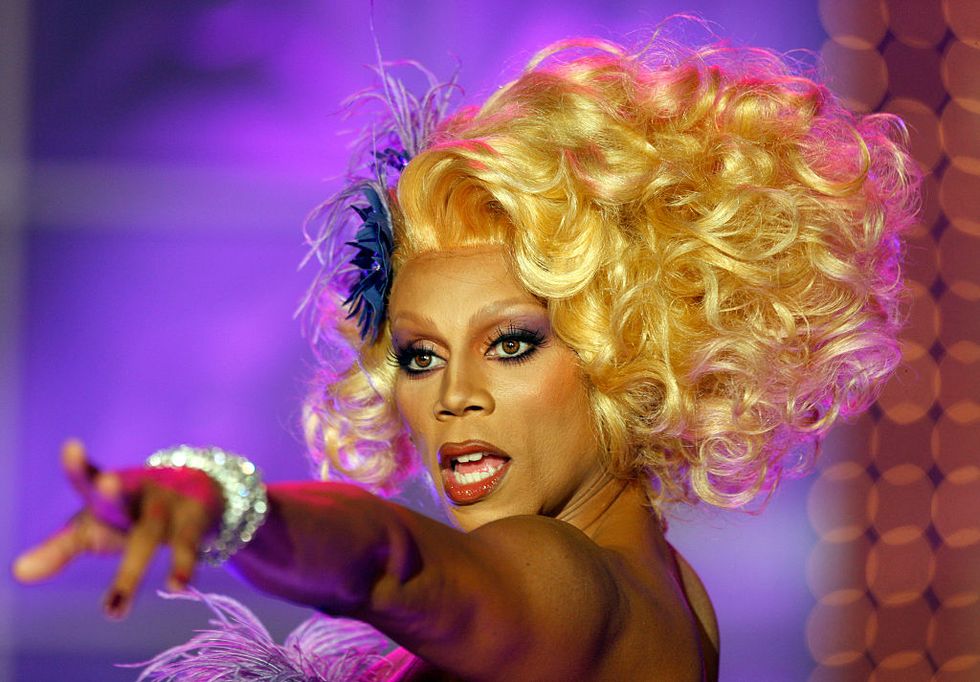 RuPaul takes the stage during the taping of RuPaul's Drag Race Season 2 in Culver City JULY 31, 2009. The television show's host, drag queen RuPaul mentors then judges a set of young drag queens during several competitions in their quest to become the ultimate drag queen (Photo by Mark Boster/Los Angeles Times via Getty Images)

From Mamma Mia! to The Cher Show, jukebox musicals have held a special place in the heart of Broadway for decades. Sometimes, it takes a theatrical production to see a legendary artist's repertoire in a whole new light.

Here are some artists whose musicals we would leap to see.

Lady Gaga's evolution as an artist is a story in itself. The range of her music would be a creative team's dream come true. Just imagine what Julie Taymor would do with a stage embodiment of "Bad Romance." With sounds ranging from country to glam rock, this musical would make any Broadway theater feel like an arena.

Erykah Badu's mastery of Afro-Futuristic sound has made her an icon. It's time that mastery melded with Broadway. Not only would Badu's existential lyrics be hypnotic for audiences, but capturing her trademark sense of humor would hit Broadway like a bullet from Mama's Gun.

What could be more gratifying than seeing your middle school angst embodied on Broadway? An Evanescence musical would be equal parts creepy and heartbreaking. With hits like "Haunted" and "Going Under," this musical is dying for Broadway to bring it to life.

These are revolutionary times and Kendrick Lamar is a legendary artist. Lamar's verses about being black in the United States would stun Broadway audiences while opening eyes and hearts. Put Holler if Ya Hear Me director Kenny Leon at the helm and you have a jukebox musical for the ages.

You. Betta. Werk. RuPaul's discography has all the charisma, uniqueness, nerve and talent to leave Broadway gagging. Her fashions, her voice, and her overall essence are begging for the lights of Broadway. We're sure she'd inspire a sickening musical that would leave Kinky Boots quaking in its—well, you know.

Which artist's work do you want to see on Broadway? Let us know in the comments!