I Wish: Our Dream Cast for 'Into the Woods' at the Hollywood Bowl 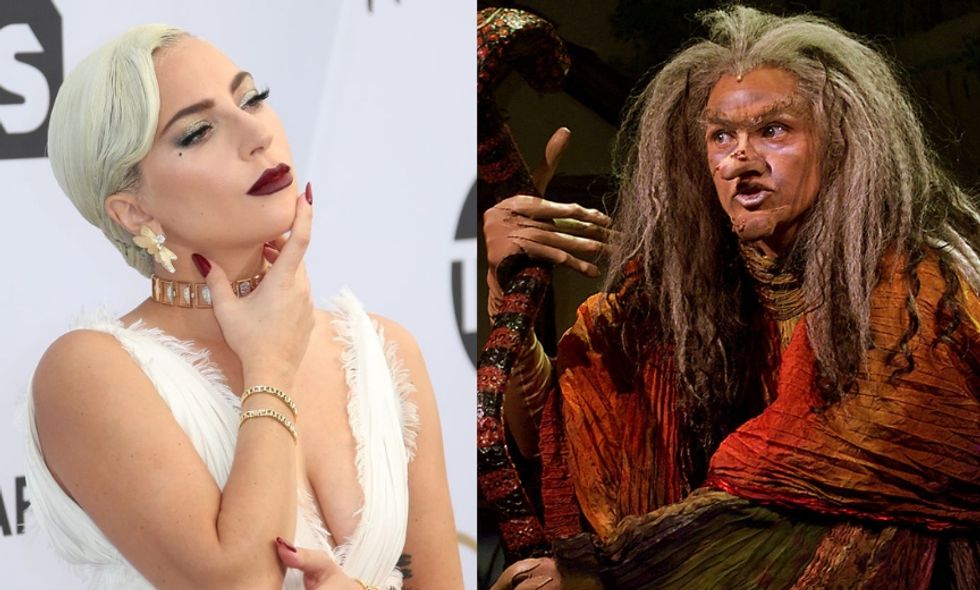 From Vanessa Hudgens in RENT to Reba McEntire in South Pacific, the musicals at Hollywood Bowl in Los Angeles are known for compelling casting choices. With the announcement that the Bowl intends to take on the Sondheim classic Into the Woods, we can't help but salivate over whose interpretations would give the production a fairy tale ending.

Having played a prince before in his turn as the title role in the 2013 revival of Pippin, we're sure this Broadway heartthrob will have no trouble filling the shoes of Rapunzel's Prince. He's also no stranger to the Hollywood Bowl after playing Riff in their production of West Side Story.

This Broadway veteran would have no trouble filling the role of Cinderella's Prince and the Wolf who introduces Little Red Riding Hood to the fears and wonders of adulthood. His sultry voice would give the audience no hesitation in believing that Cinderella would accept his hand in marriage. We're sure his interpretation would leave us excited and scared.

One of the funniest beltresses on Broadway, Jackie Hoffman would undoubtedly add her own hilarious flavor on Jack's poverty-stricken, exasperated mother. She'd be right at home in Hollywood as well after her Emmy-nominated turn as Mamacita in Feud: Bette and Joan. This slotted spoon is bound to catch the potato.

Ben Platt took Broadway by storm with his Tony-winning turn as the title role in Dear Evan Hansen. His childlike playfulness and wide-eyed curiosity would make him an ideal Jack, not to mention his incredible voice.

This Broadway newcomer was nominated for a Tony for her debut as Ti Moune in the 2018 revival of Once on this Island. Like Ti Moune, Little Red is curious and vibrant—qualities Kilgore has in spades. Her portrayal of an emerging young woman coming to terms with impending adulthood would be nothing short of riveting.

Benton's shimmering soprano was on full display in Broadway's Natasha, Pierre and the Great Comet of 1812, so it's well-documented that her voice fits like a glass slipper for Cinderella, who realizes over the course of the show that fairy tale endings are more elusive than she ever imagined. The Carnegie Mellon alum is currently setting Broadway on fire as Eliza in Hamilton.

What would a dream cast be without an unconventional choice? The Narrator/Mysterious Man rarely sings during the show, but Swinton's acting skill would be more than enough for the audience. Her famous androgyny and ability to disappear into a character would be a huge asset when the Narrator is forced to enter the story.

Known primarily for her television work in blackish and Girlfriends, Ross is one of the best comedic actresses around. Her trademark quirkiness and vivacious attitude would be perfect for the Baker's Wife—a working class woman thrust into a magical quest that leads her to wonder about what her life could be. Though the role is a challenge to sing, we're sure it's one that the daughter of Diana Ross would be eager to take on.

He may have played Prince Charming in the 1997 movie version of Rodgers & Hammerstein's Cinderella, but Paolo Montalban would play the overwhelmed Baker with an adorable frustration, embodying the great dad the character longs to be.

Lady Gaga is full of surprises, and we're sure she'd stun audiences as one of Into the Woods's most notable characters and she's no stranger to playing huge venues like the Hollywood Bowl. In addition to stunning audiences with her vulnerability in 2018's A Star is Born, she also did a spellbinding job of playing a witch in American Horror Story.

Who would you like to see in the Hollywood Bowl's production? Let us know in the comments!