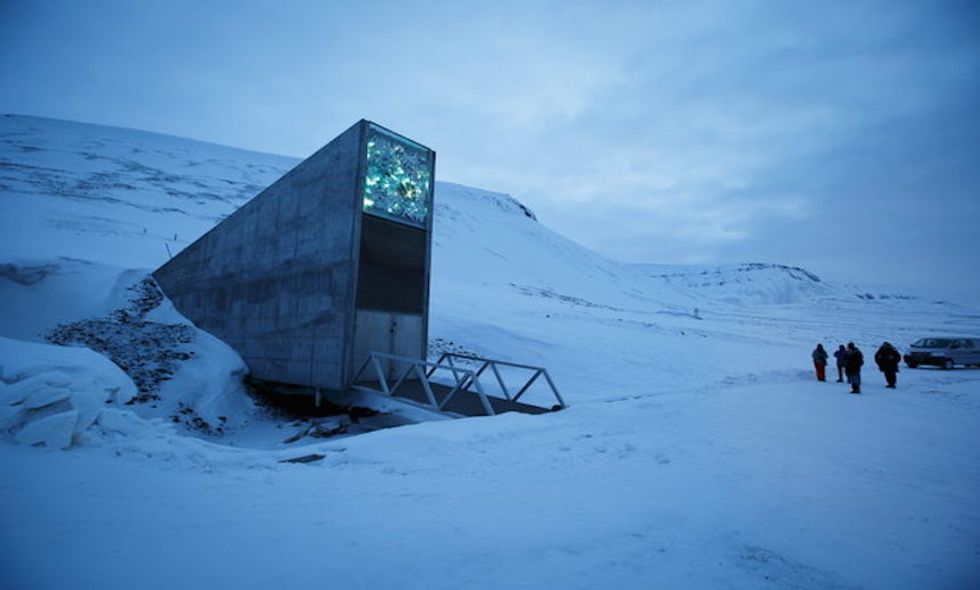 For those who are worried about the end of days, there is a small glimmer of good news coming from Norway. At least data will survive.

The Arctic World Archive, which officially opened on March 27, is located 500 feet below ground in the Arctic archipelago of Svalbard. Its mission: to preserve important data from individuals, organizations and governments from around the world.

Svalbard was carefully chosen by Piql, the Norwegian technology firm pioneering the project, both because of its cold, dry weather and because of its relatively safe location in a demilitarized zone. It called the location “the safest place on the planet for a ‘digital embassy.”

The library will stand in good company. It will neighbor the Global Seed Vault—colloquially called the Doomsday Vault—which contains 556 million seeds that could be utilized if Earth’s crops were wiped out due to a disaster. In 2015, scientists in Syria used seeds from the vault to replace samples lost as a result of the civil war raging there.

“Like what the Global Seed Vault is doing for plants, the Arctic World Archive is now doing for the world’s digital heritage,” said Katrine Thomsen, project manager at Piql.

Works archived will be stored on a special film developed by Piql, and kept at a constant temperature in a mine frozen in permafrost. Piql said that, with the technology, the film would be preserved for up to 1000 years. The company uses film, rather than more modern means of data storage, because it is not vulnerable to manipulation or cyberattacks.

“It’s a unique and ultra-secure way that future generations can get information from the present,” said Thomsen. “The amount of data increases every year, and there are no other solutions for long-term storage.”

Piql hopes that governments, scientific institutions, companies, and even private individuals will sign up to have their data preserved.

Two countries, Mexico and Brazil, have already opted for the Norwegian data service. “In their case, [the deposit] is documents, different kinds of documents from their national histories, like, for example, the Brazilian Constitution,” said Bjerkestrand. “For Mexico, it’s important documents, even from the Inca period, which is a very important historical memory.”

While those storing data there may not be able to buy peace, they can buy peace of mind.

Said Erick Cardoso of the National Archive of Mexico: “It is an amazing feeling to know that my own nation’s memory will be kept for future generations to see on this arctic island.”