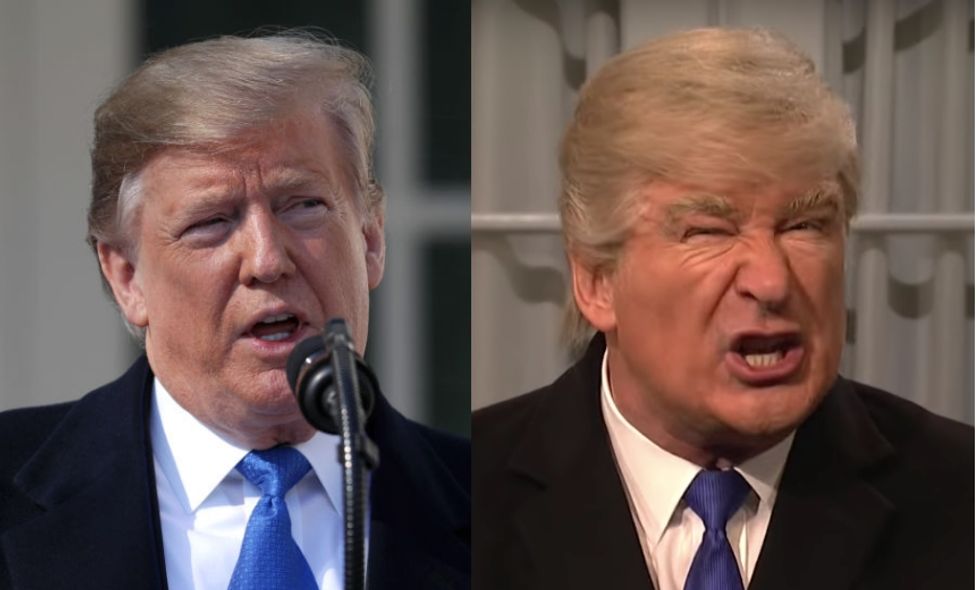 With resident Trump impersonator Alec Baldwin returning, the sketch skewered many of the press conference's highlights: Trump's hatred of certain news networks, his questionable inflections, and the lack of any evidence that there is a crisis at the southern border, let alone one that rises to the level of a national emergency.

The audience was quick to laugh at the heightened display of the President's ineptitude, but at least one viewer was not laughing: the President.

So, bright and early Sunday morning Trump tweeted against SNL from his resort in Mar-a-Lago. Alluding to the investigation of his campaign's potential coordination with Russia, the President decried SNL's portrayal of him and its furthering of "Republican hit jobs without retribution" as the "real Collusion!"

Trump has often accused Hillary Clinton and the Democrats of being guilty of actual collusion, but this is the first time he's accused a comedy series, citing its portrayal of him despite a long-running history of satirizing both Republicans and Democrats.

Americans didn't know whether to laugh or cry.

@realDonaldTrump This is the President of the United States saying that comedy and satire criticizing him should be… https://t.co/mgQSFpoDmv
— Ahmed Baba (@Ahmed Baba) 1550414898.0

@realDonaldTrump “Colluding with a hostile foreign power to subvert our democracy < SNL being mean to me!” The sno… https://t.co/Ae3gZ2OaUf
— Counterchekist (@Counterchekist) 1550417941.0

@realDonaldTrump You do know satire is protected as free speech under the 1st Amendment of the Constitution you have sworn to uphold, right?
— Jana Lynne Sanchez (@Jana Lynne Sanchez) 1550414454.0

Others began calling attention to the reason for the press conference in the first place.

Aren't we in a state of emergency?

@realDonaldTrump Why are you wasting time watching Saturday Night Live when there is a national emergency going on?! https://t.co/EWEn5QPrsf
— Izzy Black (@Izzy Black) 1550420795.0

@realDonaldTrump You're the President of the United States and you're angry-tweeting about Saturday Night Live. Wow… https://t.co/eBdfmypYwd
— Dottsy Z (@Dottsy Z) 1550424766.0

Others contrasted Trump's reaction to the more levelheaded reactions of past presidents.

Though the President may be seeking retribution, it's unlikely he'll get it. The show has been skewering political figures for 44 seasons now, and the President's commentary has only bolstered the ratings.