'IT: Chapter Two' Director Compares Donald Trump to Pennywise, Says He 'Does Exactly What the Clown Does' 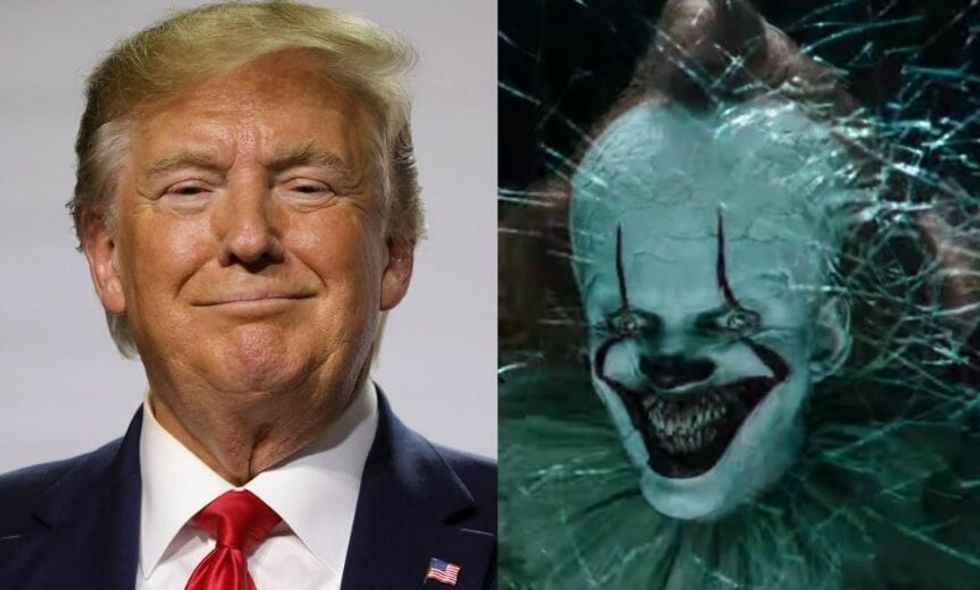 Director Andy Muschietti is determined to make sure that IT: Chapter Two, the most recent adaptation of Stephen King's seminal novel IT, isn't just a regular horror movie. He told AFP that he's making sure the film is “connected to the times that we live in.”

In doing so, he connected the primary antagonist, the terrifying Pennywise the Clown, to President Donald Trump and certain other world leaders. The comparison doesn't come through looks or words, but through tactics.

"[Trump] does exactly what the clown does, you know? The clown is trying to divide the ‘Losers’ all the time, to turn them against them(selves) and make them weaker. That’s how he conquers, he tries to conquer them and destroy them."

The "Losers" club are the band of outcast kids (and, in Chapter Two, adults) terrorized by Pennywise.

A majority of Americans agree that Trump is by no means a unifying figure. A Quinnipiac poll from last week found that 62 percent of voters believed the President was "doing more to divide the country" than unite it.

Incidentally, Jay Ryan, who portrays one of the protagonists in the upcoming film, invoked the President during an interview promoting IT: Chapter Two. Noting that the force behind Pennywise, known only as It, takes the form of what its victims fear most, the interviewer asked Ryan what form It would take for him. "Donald Trump," Ryan replied to laughter.

Others have drawn comparisons to Trump and Pennywise as well, like Democratic California Governor Gavin Newsom and legendary entertainer Bette Midler.

Trump’s governance is reminiscent of a clown car. It would be funny if all the clowns didn’t behave like Pennywis… https://t.co/ljbrKi2zqj
— Deann (@Deann) 1567457116.0

A clown who preys on children?! You talking about Trump or friggin Pennywise the It Clown?
— Cullen Crawford (@Cullen Crawford) 1567356840.0

At least Pennywise's carnage is confined to a screen and our imaginations.

IT: Chapter Two hits theaters Friday. You can watch Chapter One here and purchase the original Stephen King novel here.