President Donald Trump's response to the global pandemic that's halted daily life in the United States has been widely criticized.

Trump's refusal to heed numerous warnings, his dismissal of the virus's threat, and reluctance to use federal powers led to a nationwide shortage of medical equipment and allowed the virus to spread unimpeded for weeks, ultimately leading to millions of lost jobs and thousands of lost lives.

Trump finally acknowledges that the virus is more serious than the flu, but according to The Lincoln Project—an anti-Trump Republican Political Action Committee—it may be too late.

The PAC's Twitter account claimed that Trump's base is turning on him after his bungled virus response.

The claim is stunning because—despite every gaffe, scandal, outburst, and tantrum—Trump has maintained an ideologically unwavering group of supporters that make up about 38 percent of Americans.

A Navigator poll evaluating voter approval of Trump's early response to the virus found that a growing number of people who voted for him in 2016 think the President didn't take the threat seriously enough. 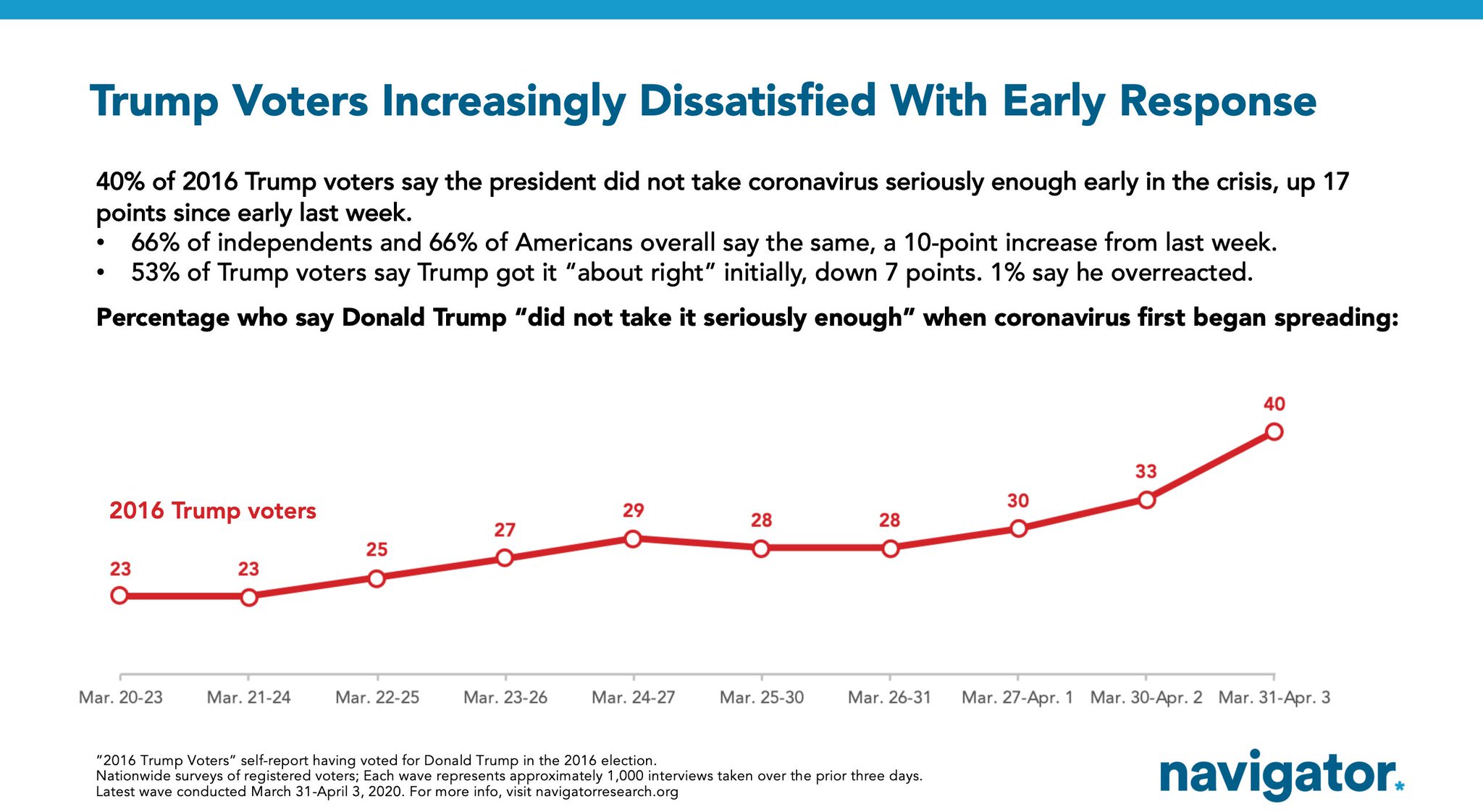 The most recent rise—from 33 percent to 40 percent—was the highest yet, and threatens to grow even more as the apex of the virus looms.

People are hoping that the Lincoln Project's speculation is true.

I really believe this crisis will finally lead to the beginning of the end of the ridiculous Trump cult that has br… https://t.co/5sgkkUSoLP
— Richard Signorelli (@Richard Signorelli) 1586297695.0

I don't get excited by anything Trump voters think since they were foolish enough to vote for him once. Still, this… https://t.co/xUEGRyWJfH
— ResistanceRules (@ResistanceRules) 1586339104.0

Others say that the Republicans who still support Trump won't be changing course.

@ProjectLincoln still not enough, the Republicult would get a big boost from new voters
— Avi Friedman (@Avi Friedman) 1586297968.0

A massive voter turnout in 2020 is a much safer bet than waiting on Trump's supporters to turn on the President.

Are you registered to vote?