In 2019, teenage climate activist Greta Thunberg was deemed TIME's Person of the Year, a move that prompted the ire of President Donald Trump, who'd criticized the magazine in the past for supposedly snubbing him for the award.

The President proceeded to mock the then-16 year old to his tens of millions of Twitter followers, claiming she had "anger management" issues.

Trump tweeted for Thunberg to "chill!" 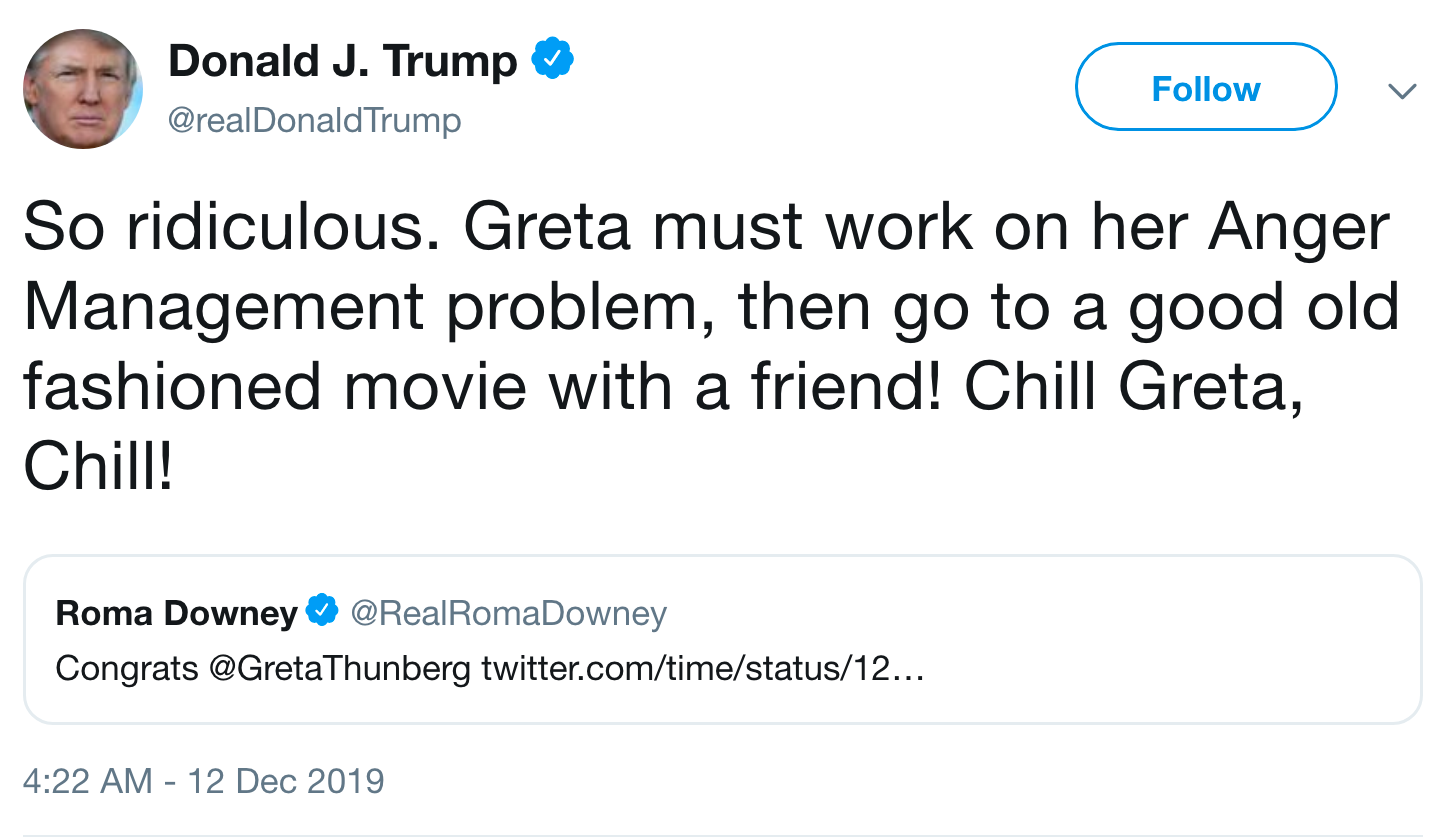 Just a few months later, Trump again targeted the teenager on his Twitter account, mocking her for voicing concern about the threat posed by the climate crisis. 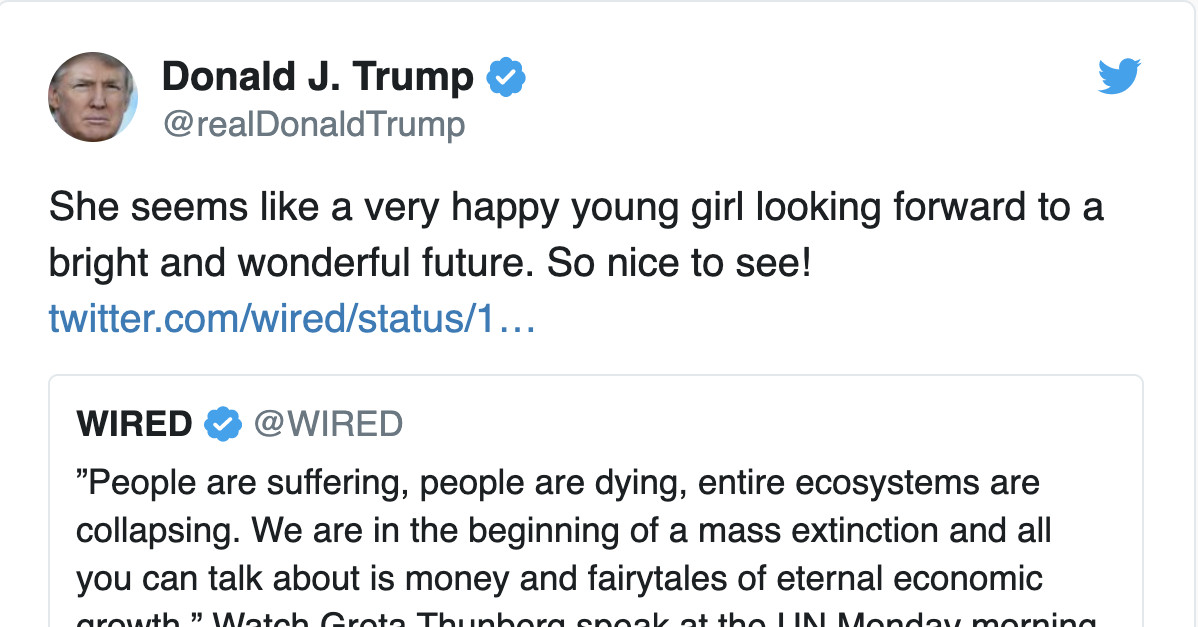 Now, Trump's presidency is in its final hour. After a months-long smear campaign absurdly claiming Democrats orchestrated widespread election fraud to deliver a false victory to President-elect Joe Biden in the 2020 election, Trump finally acknowledged that a new administration would be taking power.

As expected, Trump bucked the traditional welcome to the White House that most Presidents have extended to their successors. Instead, Trump held a less boisterous version of his infamous rallies before boarding an aircraft headed for his resort in Palm Beach, Florida.

He seems like a very happy old man looking forward to a bright and wonderful future. So nice to see! https://t.co/G8gObLhsz9
— Greta Thunberg (@Greta Thunberg) 1611150891.0

People cackled at the young climate activist using Trump's own sarcasm against him.