Alec Baldwin Just Expressed a Very Serious Concern After Donald Trump Railed Against the Latest 'SNL' Skit, and We Get It 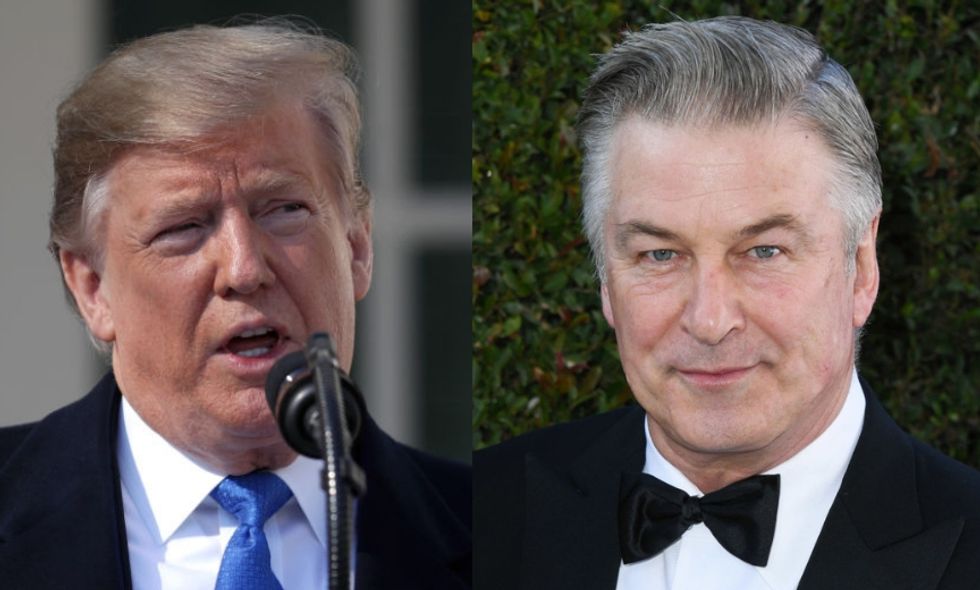 President Donald Trump lashed out at Saturday Night Live's interpretation of his press conference in the Rose Garden announcing his intention to declare a national emergency for what he calls a crisis at the southern border.

Trump accused the show of airing Republican "hit jobs" and of being the "real collusion."

Now, actor Alec Baldwin—whose skewering portrayal of Trump has been lauded by nearly everyone but Trump himself—has taken the President's tweet calling for retribution as a threat to his and his family's safety.

I wonder if a sitting President exhorting his followers that my role in a TV comedy qualifies me as an enemy of the… https://t.co/Koh2MBHYFB
— HABFoundation (@HABFoundation) 1550456266.0

Many understood his concerns.

@ABFalecbaldwin Under normal circumstances, I would say no, but these are not 'normal' times nor is this president… https://t.co/8zOwAvu0uL
— Vera Hines (@Vera Hines) 1550484960.0

Trump has repeatedly called for violence and humiliation to his detractors.

In October 2018, devout Trump supporter Cesar Sayoc mailed 13 bombs to various perceived enemies of the President including Senators Kamala Harris (D-CA) and Cory Booker (D-NJ), as well as to CNN.

Trump has frequently deployed harsh rhetoric against Baldwin and SNL on Twitter.

If his rhetoric continues unmitigated, it's only a matter of time before someone listens.