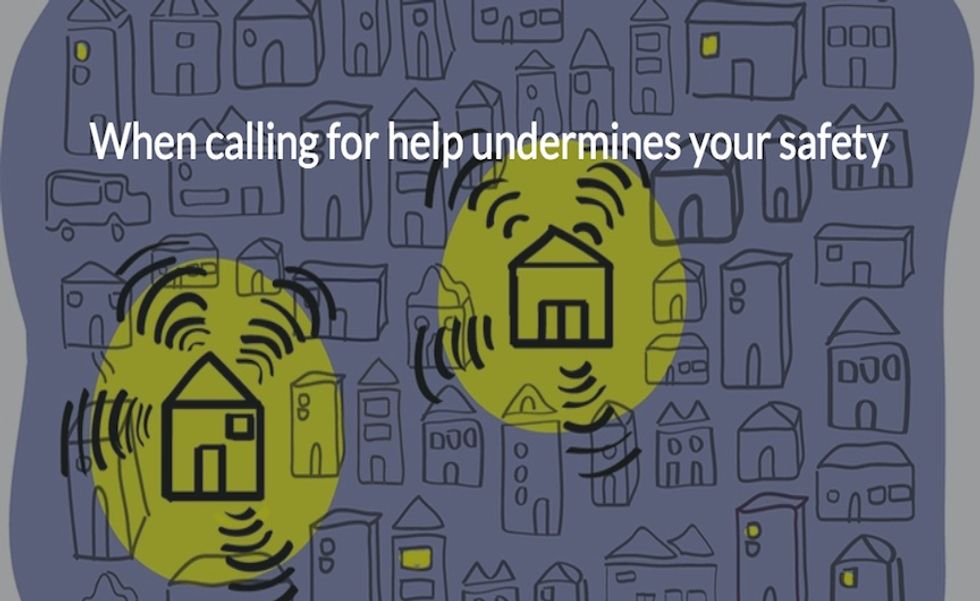 Imagine this. A victim of domestic violence lives with her 3-year-old daughter in her rental apartment. Her violent ex-boyfriend is released from prison after serving time for previous assaults against her. He unleashes another attack, gashing her head with a broken ashtray and leaving a four-inch stab wound in her neck. Before passing out, the victim begs her neighbor not to call 911. Why? If someone calls, the victim and her toddler will be evicted under her town’s nuisance ordinance.

The Unintended Reach of Nuisance Laws

This victim, Lakisha Briggs, is one of many victims across the country faced with eviction due to the enforcement of local public nuisance ordinances.

These laws come in various forms, but they typically penalize a landlord who refuses to evict a tenant who has made a threshold number of calls to the police within a certain time frame.

These laws were largely promulgated to target drug and weapon crimes. However, in practice, the laws penalize victims of domestic violence far more frequently. This is because in many communities, domestic violence calls make up the largest category of calls to police departments. The effect is compounded because most municipalities’ ordinances apply regardless of who perpetrated the conduct or called the police, and do not take into account whether the call was necessary to protect the victim’s health or safety.

While the exact number of these ordinances nationwide is unknown, it is undoubtedly high. In Illinois alone, there are over 100 such laws, and TheNew YorkTimes reports the number is still growing nationwide, despite the disproportionate harm they

cause to innocent victims of domestic and sexual violence.

These ordinances are also enforced more stringently against minority communities. A 2012 study performed by Harvard and Columbia scholars published in American Sociological Review found that properties in black neighborhoods disproportionately received citations, and those callers located in more integrated black neighborhoods had the highest likelihood of being deemed nuisances.

The Consequences of Enforcement

Although nuisance ordinances are meant to keep the peace, they often have exactly the opposite effect for victims of domestic abuse.

These ordinances can undermine public safety by forcing victims to remain silent, often in the face of extreme physical harm. When faced with the prospect of eviction, many victims feel compelled to remain in a dangerous situation rather than involve the police or paramedics and risk losing their homes.

In some situations, abusers capitalize on the victims’ dilemmas, using the threat of eviction to silence them. Reluctance to involve the police can also cause an escalation in both the frequency and severity of violence, not only to the victim but innocent bystanders, such as family members, neighbors or law enforcement officers.

Being evicted also increases housing instability and, ultimately, homelessness. Potential landlords, aware of the victims’ past and concerned about future ordinance enforcement, may turn away previously evicted victims of domestic violence searching for shelter.

This reaches absurd consequences when service providers–such as emergency and transitional shelters for victims–are subject to the ordinances as well. The shelter must then choose between calling the police to protect a resident against an abuser, or risk being

penalized under the ordinance--and that’s if the victim is even fortunate enough to be able to secure emergency housing. More than 4,300 people seeking emergency shelter are turned away from domestic violence shelters on any given day due to a lack of space. With increased housing instability due to these ordinances, that number is likely to grow.

The Movement against Nuisance Ordinances

In Briggs’ case, she fought her eviction. With the help of the American Civil Liberties Union (ACLU), she filed a federal lawsuit challenging the ordinance as unconstitutional under the First Amendment right to petition the government for redress of grievances and the right to equal protection, among others. Briggs was successful, receiving compensation and—more importantly for future victims—a repeal of the offending ordinance. Pennsylvania lawmakers broadened the impact by unanimously enacting state-wide legislation to ensure that no one facing danger in their home would be penalized for calling for help.

Illinois, too, which has over 100 nuisance ordinances, will soon be joining Pennsylvania in modifying its laws. A state law will go into effect in late November that will carve out critical exceptions for domestic battery in nuisance ordinances. Minnesota also has a state-wide law that prohibits landlord retaliation against a victim of domestic violence who seeks help from the abuse.

The Work that Remains

But these states are not the norm. There are untold victims across the country who are being forced to choose between their immediate safety and their homes.

One such victim is Arizona resident Nancy Markham. Markham called 911 several times over the course of a few months because her ex-boyfriend physically harmed or threatened to harm her. On one occasion, he choked her repeatedly and punched her in the mouth. On another, he showed up at her door with a shovel and a gun, notwithstanding the police order

forbidding all contact. After being warned about the local nuisance law by the police, the landlord told Markham that he would be pursuing an eviction action against her. The ACLU is now defending Markham’s case in federal court.

But case-by-case justice, while important, moves slowly, and victims remain at risk while the cases churn forward. The federal government has begun to recognize the troubling effects of these ordinances—it initiated a Fair Housing Act complaint against Briggs’ hometown, alleging that the law discriminated against domestic violence victims, the majority of whom are women.

While this action may put other municipalities on notice that these ordinances conflict with their civil rights obligations, federal oversight is still, at best, limited.

Until more state and federal governments reject this unfair application of the law, there will continue to be more women like Lakisha Briggs and Nancy Markham, who must make the impossible choice between protecting their own safety or staying in their homes.