Possible Link Between Diet Sodas and Stroke or Dementia 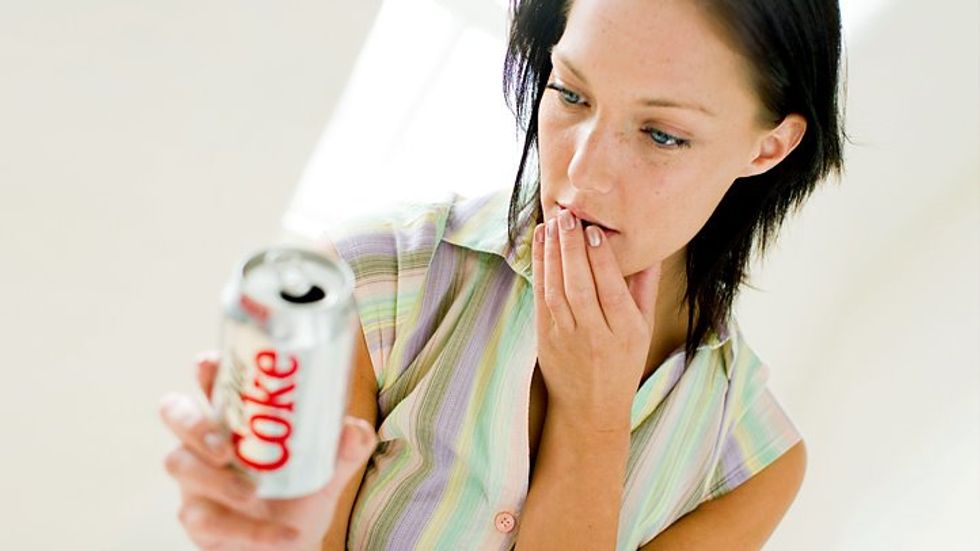 According to new research, a possible connection exists between soft drinks with artificial sweeteners and the risk of stroke or dementia. This latest discovery relies upon an underlying long-term study of people’s beverage habits during the target age-ranges for stroke and dementia. While there’s a need for more research on the issue, the preliminary findings suggest a need for caution when choosing diet soda.

A Look at the Study

For purposes of conducting the new diet soft drink study published in Stroke, scientists used an existing body of data, known as the Framingham Heart Study. The longest running heart study in the United States, the Framingham Study followed 2,888 people over age 45 for stroke and 1,484 people over 60 for dementia, by measuring their self-reported beverage intake for seven years. Ten years later, the subjects were re-examined for stroke and dementia.

Of the people counted in the Framingham study, there were 97 cases of stroke out of 2,888—or three percent; 82 percent of those were ischemic, caused by a blockage to a blood vessel carrying blood to the brain. Those examined for dementia resulted in 81 cases out of 1,484—or five percent. Alzheimer’s disease was the diagnosis for 63 percent of those dementia cases.

The Framingham researchers adjusted their results for variables such as age, sex, caloric intake, diet quality, physical activity and smoking.

Scientists from the Stroke study looked specifically at the cases of stroke and dementia when compared to the amount of artificially flavored soft drinks people had consumed. According to a summary from the American Heart Association, the numbers break down such that “those who reported consuming at least one artificially sweetened drink a day, compared to less than one a week, were 2.96 times as likely to have an ischemic stroke, caused by blood vessel blockage, and 2.89 times as likely to be diagnosed with dementia due to Alzheimer’s disease.”

While the methodology in the new study did not prove causation, it tracked a trend between an increase in consumption of drinks with artificial sweeteners and risk of dementia and stroke.

According to Dr. Matthew Pase, from Boston University and author of the Stroke study, "Even if someone is three times as likely to develop stroke or dementia, it is by no means a certain fate." He explained, "In our study, 3% of the people had a new stroke and 5% developed dementia, so we're still talking about a small number of people developing stroke or dementia."

Pase emphasizes that further studies will be needed to determine whether what has been observed in this study can prove an actual causative link between artificially sweetened drinks and strokes or dementia.

In another interview, Pase referred to the Stroke study as “hypothesis-generating.”

For instance, Dr. Ralph Sacco co-authored an editorial published in the journal Stroke, along with the study. In the editorial, Sacco explains his theory about how artificially sweetened drinks likely affect the brain.

"We believe the pathways of which artificially sweetened beverages would affect the brain are probably through vascular mechanisms," he said.

"When the authors controlled for hypertension and diabetes and obesity the effects diminish, which implies that some of the effects of artificially sweetened beverages could still be going through a vascular pathway," Sacco said about the Stroke study. "Many strokes are caused by hardening of arteries; and the risk of dementia is also increased by the hardening of arteries in large and small vessels. So, I believe the mechanisms may be through vascular disease, though we can't prove it."

Heather Snyder, a senior director at the Alzheimer's Association, believes the new study is "a piece of a larger puzzle" in understanding how nutrition affects your brain.

"We know that sugary and artificially sweetened beverages are not great for us. This study adds strength to that, and also says they may not be great for your brain, specifically," she said.

"We have little data on the health effects of diet drinks and this is problematic because diet drinks are popular amongst the general population," Pase said.

"More research is needed to study the health effects of diet drinks so that consumers can make informed choices concerning their health," he said.

Meanwhile, until scientists can complete more definitive studies, there are a variety of opinions about whether artificially sweetened soft drinks can be safely or healthfully consumed.

One critic of the study—the soda’s lobbying group, The American Beverage Association—claims diet soda is harmless. "The Alzheimer's Association points out that the greatest risk factors for Alzheimer's are increasing age, family history of Alzheimer's, and genetics — not sugar intake, from any source," it emailed NBC.

On the contrary, Pase—who focuses his research on how people can shift their behavior or nutritional habits to prevent dementia—said, “Just because a beverage is advertised as being healthy because it doesn’t have any sugar doesn’t mean that it is healthy,” he said. “Artificial sweeteners may have effects in the body that we haven’t begun to explore.”

“The jury is still out, and this just shows people need to be cautious.” He added that people should be skeptical in their decisions to use artificial sweetener or real sugar.

In support of being both cautious and skeptical, Nutrition professor Rachel Johnson said, “We have a robust body of literature on the adverse effects of sugary drinks.” She added, “Absolutely the message is not to switch to sugary drinks.” Studies link sugary drinks with obesity and its related disease risks, such as diabetes, along with memory problems.

Scientists and doctors agree: clean water is your best option.