Does Dean Propose to Lesley On the Finale of 'The Bachelor Winter Games'? 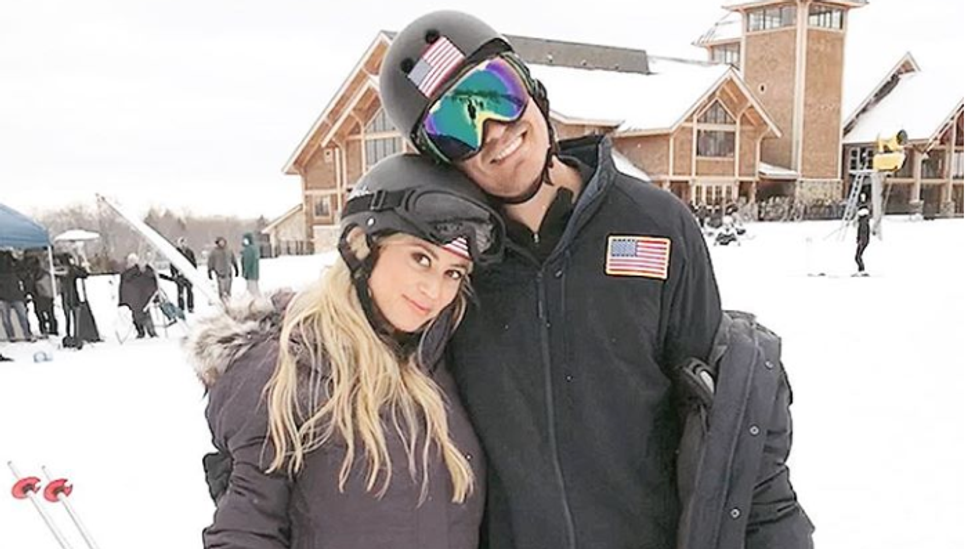 Dean and Lesley are one of the most adored couples this season on The Bachelor Winter Games. They hit it off from the start, and are still together, according to Reality Steve. But just how "'together" are they? Are they dating, or engaged? Did Dean pop the question, as has been teased, on the Tell All episode airing tonight?

No. Dean and Lesley are not engaged.

While the show has been teasing a proposal, Reality Steve reveals that Dean gets down on one knee during the 'Tell All' to give Lesley a key to his house. (Steve actually predicted that the show would hint at them getting engaged in promos.) If you want to know which two are engaged, click here.

Unlike other couples who are still together, Lesley and Dean have shared a few pics of one another on social media.

They Are Still Dating

Lesley is four years older than Dean (she is 30, while Dean is 26). After Dean found himself (by his own doing) in a nasty love triangle on Bachelor in Paradise, Lesley has been very clear about what she wants and needs from a man if she's going to be in a relationship with him. And Dean seems to be responding well to Lesley's transparency and the way she's putting everything out on the table.

Other sources have confirmed that while they're not engaged, the romance has certainly continued. According to US Weekly, the two were spotted holding hands at a party at the Sundance Film Festival on January 19. A source told the outlet, "They were holding hands walking through the party and looked very much like a couple."

In an extended trailer for the season, Dean says, "The truth is, I am falling in love with Lesley. I hope she feels the same way." Clearly, she does, and Bachelor Nation is a huge fan of the couple. Whether or not Lesley and Dean are actually moving in together or Lesley will use the key to pop in every now and then has yet to be seen...