Phelps Shows His Spots: The Ancient Medical Practice Many Olympians Are Embracing 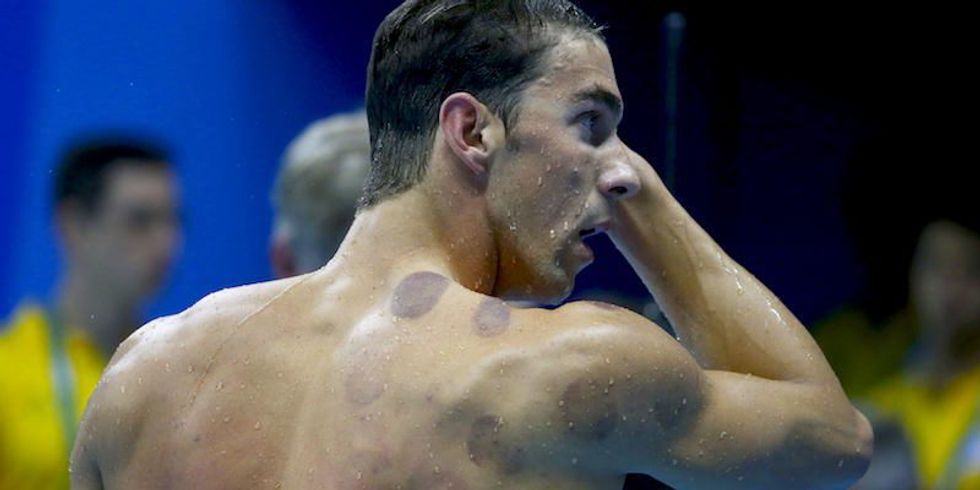 When Michael Phelps appeared at his Olympic event in Rio covered in perfectly circular bruises, cupping became the most talked-about athletic health fad of 2016.

Cupping is the process of applying heat to a special cup and then applying the cup to the skin. As the heat dissipates, it creates a vacuum. According to traditional Chinese medicine practitioners, this draws the blood to the surface of the skin, increasing blood flow to places where it might be congested.

“I’ve done it before meets, pretty much every meet I go to,” says Phelps.

He’s not the only one. US gymnast Alex Naddour, former Olympian Natalie Coughlin and Belarus swimmer Pavel Sankovich all extoll the virtues of cupping.

“That’s been the secret that I have had through this year that keeps me healthy,” says Naddour. “It’s been better than any money I’ve spent on anything else.”

This isn’t the first time cupping has enjoyed the spotlight. Gwyneth Paltrow displayed the tell-tale circles on the red carpet in 2004, and Jennifer Aniston was pictured with cupping marks in 2013. Now, even Kim Kardashian has jumped on the cupping bandwagon, documenting her first treatment on Snapchat.

While the current proliferation of circular marks may be a fad, cupping itself is not. Cupping was described more than 3,500 years ago on the Eber’s papyrus, one of the oldest medical

texts in the western world. Famous Taoist alchemist Ge Hong used cupping in the 3rd century AD. It has been used as a treatment for everything from acne relief to difficulty breathing to cancer pain.

Eastern medicine incorporates cupping with acupuncture and herbal remedies to align the body’s flow of energy or “qi,” but in the last few years, western practitioners have been using cupping on its own to alleviate muscle pain and aid in athletic performance.

“It’s kind of an American phenomena, I think, to consider cupping by itself,” says Brent Bauer, director of the Mayo Clinic Complementary and Integrative Medicine Program.

Does it work? Anecdotal evidence aside, not everyone in the medical world is convinced.

"We need rigorous research to understand whether there is a physiological effect associated with cupping and currently that is unknown," says National Institutes of Health's National Center for Complementary and Integrative Health deputy director David Shurtleff.

Still, says Bauer, “I think you have to step back and say, if this has been part of an organized medical system for three thousand to five thousand years, we probably shouldn’t be too quick or too arrogant to dismiss it out of hand as Western scientists sometimes do.”

One thing’s for sure: if Kim Kardashian is doing it, people aren’t going to stop talking about cupping any time soon.