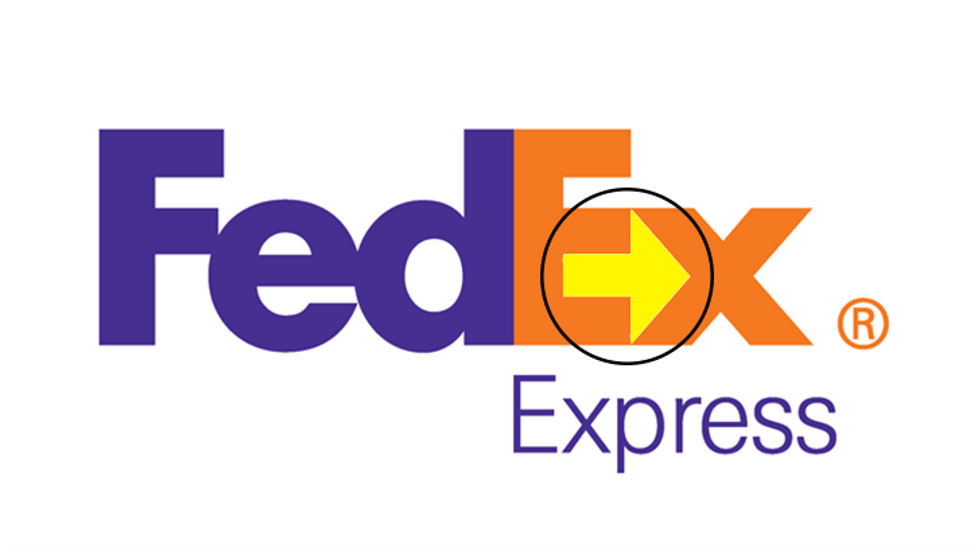 What if certain companies that the public deal with on a daily basis had an alternate meaning within their marketing? Are the logos consumers look at day in and day out as innocuous as they appear, or is there something tucked away within them, a sort of hidden message or image only the cleverest of people can decipher?

So, maybe they’re not sinister by any means or part of some subliminal marketing scheme, but some company logos do contain within them a secret message or image. Used to further deliver their overall message and purpose, hint at their history, or just be a fun play on imagery, the following company logos are riddled with hidden meanings and secret messages.

Donning televisions and appliances in many households, the LG logo is recognizable by its pink circular logo – but can you spot the hidden image within it? Humanizing its logo to connect with consumers, the “L” and the “G” within the pink circle form a winking face.

The Toyota logo is one many people see everyday on the road, so of course the car manufacturer wanted to make sure it was easy to recognize. Besides being impossible to miss, the three ellipses design actually represents the three hearts that fuel Toyota: That of the customer, of the product, and of progress in technology.

High-end Bavarian car manufacturer Bavarian Motor Works (BMW) sports two colors that work well together. Those colors – blue and white – represent the colors of the Bavarian flag; but that’s not the only hidden meaning of the recognizable logo. The white is also said to be propeller blades set against a blue sky, calling back to BMW’s origins of a military aircraft engine manufacturer.

What can be found on Amazon? Just about everything, right? Well, if one wasn’t aware of that, one look at the online marketplace’s logo would be all they need to inform them. The arrow doubles not just as the smile of a smiling face, it also runs from the letter “a” to “z” for a reason. Essentially, it’s saying “Amazon has everything from ‘a’ to ‘z’.”

A quick glance at the United States Cyber Command logo won’t reveal anything, so this secret will prompt a second glance. Etched within the inner gold ring is a series of alphanumeric characters of no discernible sequence. According to Cybercom representative, the code, which was cracked by Panda Security threat researcher Sean-Paul Correll, was an MD5 hash code. When decoded, the 128-bit cryptographic code represents the organization’s mission statement.

Though the Adidas logo has gone through some transformations in the past, it's current iteration is fairly iconic and memorable. The three bars may simply look to mimic the solid bars found on the shoes, but there's a little more to than that. The slanted design is meant to look like a mountain - the very ones wearers will scale in their Adidas.

Japanese personal computer manufacturer has quite a distinguished logo that it undoubtedly must have a hidden meaning to it. When split up into two parts – separating the wave of the “va” and the individual letters “I” and “o” – VAIO's logo shows the change from analog (indicated by the wave) to digital (“I” and “O” standing in for “1” and “0”, or binary numbers).

The four rings of Audi interlock to form a recognizable logo seen on the road daily, but they're more than just an unforgettable design. In 1923, German automotive manufacturers Audi Automobilwerke, Horch, DKW, and Wanderer merged to form the company everyone knows today. Those rings represent the merge of the four.