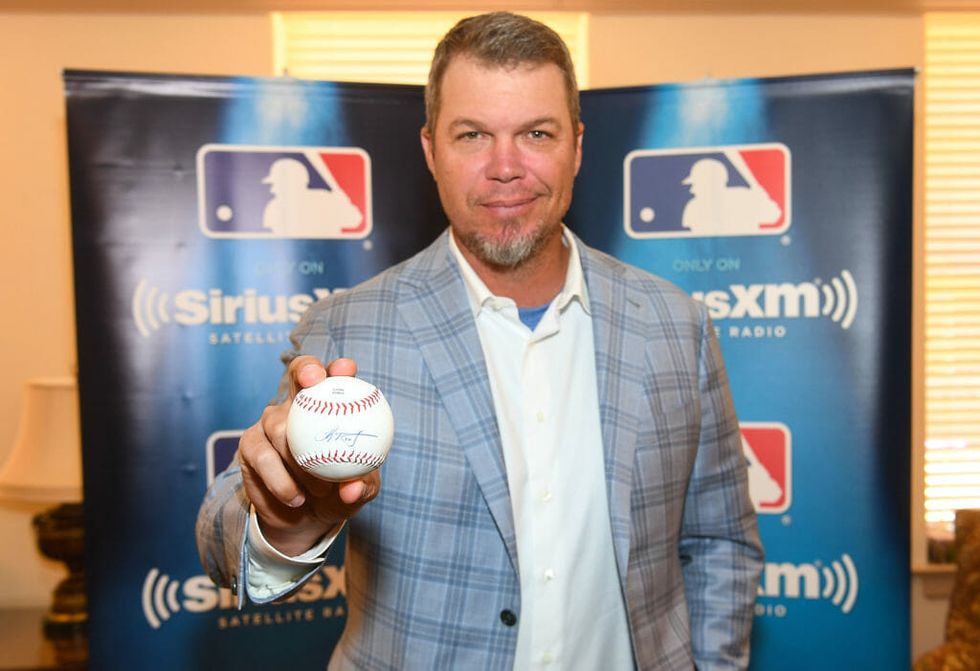 The MLB Hall of Fame ballot for 2018 is in, and Chipper Jones is on it! Members of the Baseball Writers Association of America (BBWAA) have 33 Hall of Fame candidates to choose from this winter. They can vote for a maximum of 10 players they think should be honored as all-time greats. Any player who appears on 75% of the ballots will be inducted into the Hall of Fame. Those selections will be announced on January 24th, 2018. So, over the next several weeks, Second Nexus Sports will profile the Hall of Fame cases for many of the players on this year's ballot.

If the Atlanta Braves had their own Mount Rushmore, Chipper Jones' face would be on it. In fact, the team probably would have carved it out before the third baseman ever retired. The Braves took the switch-hitting Jones with the number one overall pick in the 1990 draft, and he went on to spend his entire 20-year career with Atlanta.

In 1999, Chipper Jones put up his best season. He crushed his way to an astonishing .319/.441/.633 batting line across 701 plate appearances. Jones ranked in the top five in baseball in homers, wOBA, wRC+, fWAR and isolated power, and he even added 25 stolen bases that season. All told, the performance led to 7.3 fWAR.

There's not much mystery surrounding the case for Chipper Jones in Cooperstown. He achieved some incredible benchmarks across a 20-year career, and deserves to be recognized for it. Jones is an obvious first-ballot Hall-of-Famer; I'll be shocked if the BBWAA doesn't make him part of the 2018 class.