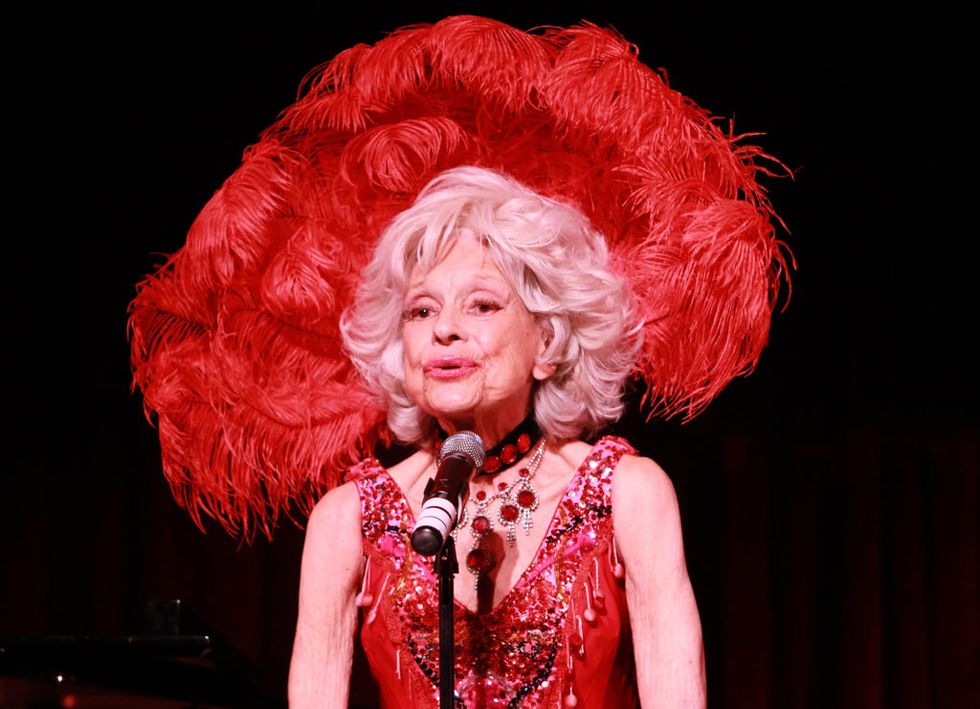 Carol Channing passed away today at the age of 97. The Seattle-born Broadway veteran leaves behind a legacy on the Great White Way and off, having appeared in nearly 30 shows. When asked about her career, Channing described herself "lucky" to Fox News while describing her life and the title of her memoir:

“Just lucky I guess,” said Channing. “That was title of my book. It was based on an old joke. Here it is: Cop to hooker, ‘What’s a nice girl like you doing in a place like this?’ She answers, ‘Just lucky I guess.’ That has been my life.”

And what a life it's been (You can buy her memoir here.)

Channing's performances have left an unforgettable legacy on many of Broadway's greatest. Check out their tweets memorializing the legend:

One of Broadway's greatest lights, Carol Channing, has passed on. She rejoins the heavens as a new diamond in the n… https://t.co/C2dyRmX4aD
— George Takei (@George Takei) 1547557883.0

The legendary actress was perhaps most famous for starring in Hello, Dolly! in 1964, for which she won the Tony Award for Best Actress in a Musical.

Check out some of her best performances here.