Goodbye, Dolly: Carol Channing Passes Away At 97, Here Are Some Of Her Most Iconic Moments 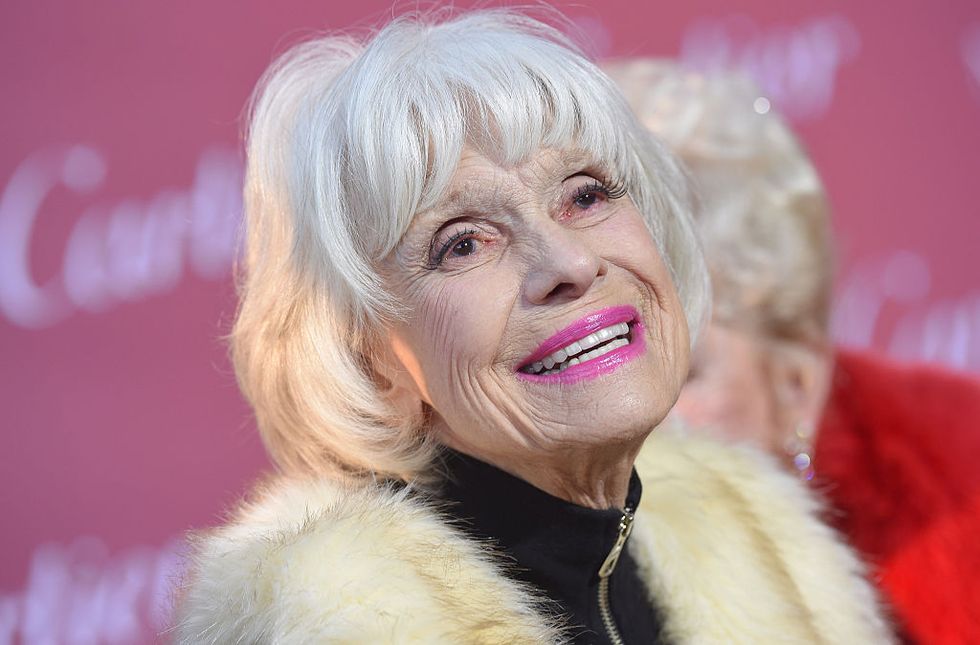 Carol Channing passed away this morning at the age of 97, according to her publicist Harlan Boll. The legendary actress was famous for starring in Broadway and film musicals, most famously Hello, Dolly! in 1964, for which she won the Tony Award for Best Actress in a Musical. Her life is recounted beautifully in her memoir,Just Lucky I Guess.

While the Broadway community mourns, here are some of the best clips from Channing's storied career:

Her most memorable role, Channing was not the original choice for the role of Dolly Gallagher Levi in the musical. The part was written for Ethel Merman, but Merman declined. After snagging the role and the Tony, Channing would perform this iconic song for the Tony Awards in 1974. She would then reprise the role in the revival in 1978.

A short-lived show on Broadway, Show Girl ran for only 100 performances but garnered Channing another Tony nod in 1961. Check out the young Channing perform "Calypso Pete" in this black-and-white video below.

'Diamonds Are A Girl's Best Friend'

Channing had been singing this song since 1949 and it was her signature song until Hello, Dolly! came along. Marilyn Monroe's version would then become better known. Here she is singing it in a TV variety program.

Channing played the White Queen in the 1985 two-part made-for-television adaptation of Lewis Carroll's books Alice's Adventures in Wonderland and Through the Looking-Glass. The song lyrics and title come directly from Carroll's 1871 book and is an expression for a never-fulfilled promise. Here she performs the musical version from the film.

Channing last performed on Broadway as Dolly in the 1995 revival at the age of 74. Watch her perform the title song below.