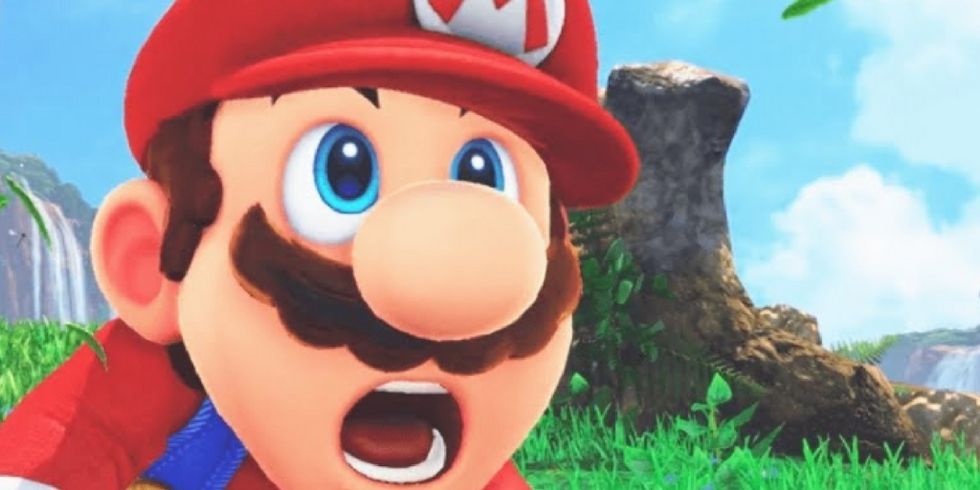 A glitch discovered in Super Mario Odyssey shows that, when capturing a Piranha Plant in 2-player mode, Cappy can kill Mario. Watch the video above by its original discoverer, @NichtSascha. @NichtSascha found the strange in Odyssey’s co-op mode. After killing Mario, the player is left to control Cappy only without the famous Italian plumber. Kotaku's Chris Person was able to recreate the glitch, although not everyone was. Watch the how-to video here to try to recreate the glitch.

However, after @NichtSascha's video of the death glitch surfaced, other videos of Odyssey glitches emerged. In one video found on Reddit, Mario is able to "swim" through the air.

Other instances discovered include the entire game “soft-locking” when Mario fails to a capture an enemy that was already on its way, falling to its doom.

Another glitch discovered is when Mario jumps from the side of a ledge, which would usually kill him nearly instantly. But rather, a pillar appears out of the ledge wall and gives Mario access to an invisible "ladder" to climb back up to safety. This glitch was discovered before @NichtSascha's but didn't strike quite as popular of a chord with fans.

Super Mario Odyssey was released worldwide on October 27 to "universal acclaim," according to Metacritic. It is the fifth-highest rated game on the Nintendo Switch and has been compared to another recent, wildly successful Nintendo title, Zelda: Breath of the Wild, writes the Verge.

The game revolves around Mario again trying to stop Bowser from marrying Princess Peach after kidnapping her again. However, in this game, Mario is aided by a sentient hat, "Cappy," that helps him rescue the princess from Bowser and his new minions, the Broodals, a group of anthropomorphic rabbits. To add insult to Cappy, Mario finds out that not only has his betrothed been kidnapped, but Cappy's sister, Tiara, has also been taken by Bowser.