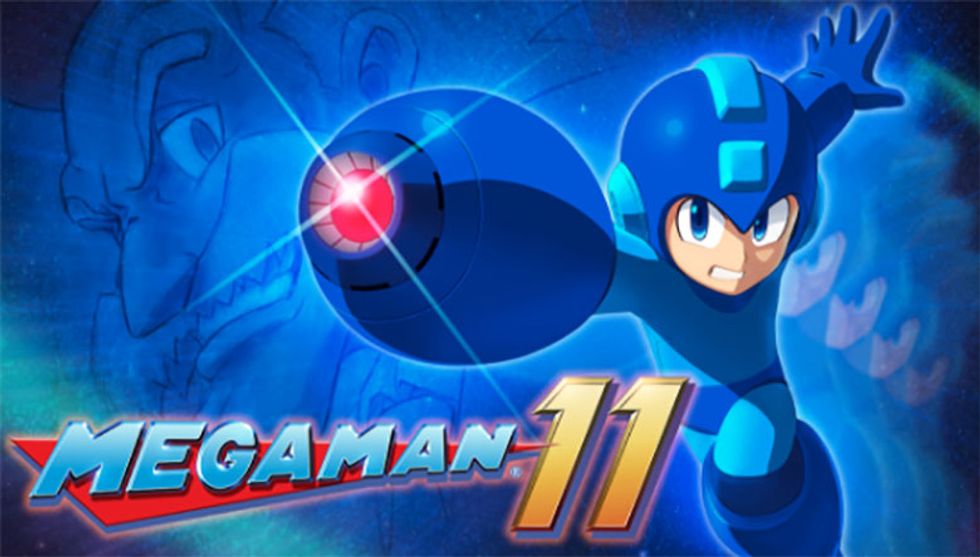 Capcom has released a trailer for the upcoming 2018 game Mega Man 11. Watch the announcement teaser above.

The announcement came following a live stream by Capcom celebrating the 30th anniversary of the creation of the Mega Man game series. Mega Man was created in Japan and first released in the 1987 for the Nintendo Entertainment System (NES). Since then, the character has been featured in over 50 games on multiple systems, including two animated television series. Mega Man has appeared in multiple universes, but Mega Man 11 will be a continuation of the "Classic Mega Man." Mega Man 10 was released in 2010, with the blue-helmeted hero only appearing in Street Fighter X Mega Man since then.

Like its previous incarnations, Mega Man 11 is a sidescrolling action platformer. According to GameSpot, it's being directed by Koji Oda with Kazuhiro Tsuchiya working as a producer. Oda has previously worked on five video game projects, including three Resident Evil titles. Tsuchiya has produced such titles as Mega Man: Legacy Collection 2, but has also worked as a supervisor for Super Smash Bros. for Wii and as a programmer for Mega Man 7.

Fans have been ecstatic about the return of Mega Man on social media. Following Capcom's live stream and the announcement of the new video game, jubilant gamers took to Twitter to express their excitement and concern for the game.

However, some fans say the trailer for the game looks "sterile."

What do you think?