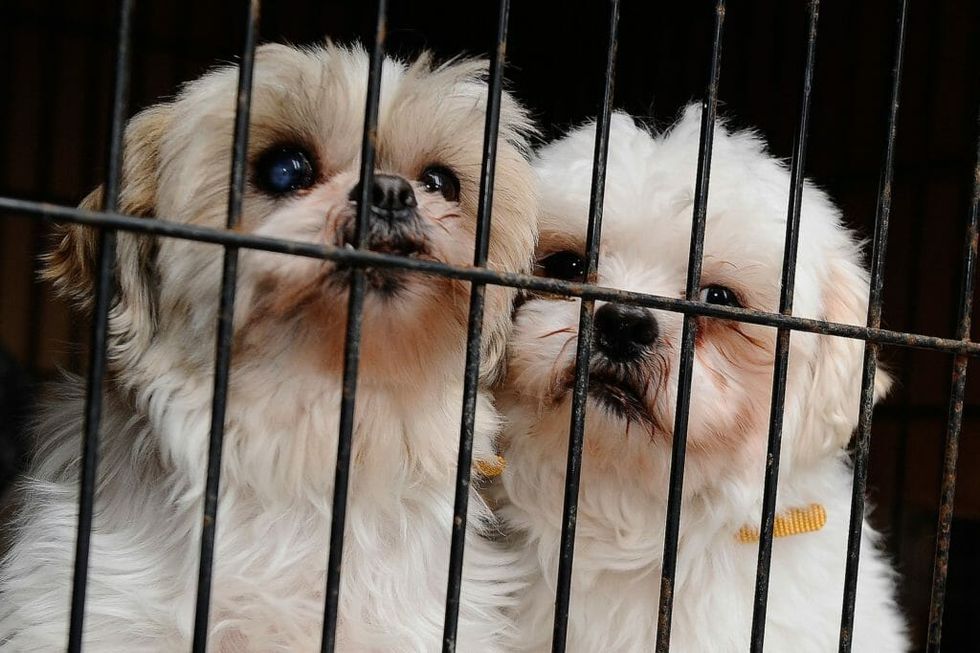 On Friday, October 13, California Governor Jerry Brown signed into law a bill prohibiting the state’s pet stores from selling any dogs, cat, or rabbits that didn’t come from an animal shelter or rescue organization. The law will take effect in January 2019, and it’s the first of its kind to prohibit such sales across an entire state.

Similar laws have been passed in hundreds of municipalities across the US, including 36 in California alone. These laws are part of a campaign by animal rights advocates to reduce the number of animals suffering in inhumane conditions in puppy mills — as well as their feline equivalents, kitten factories. Rabbit sales are also covered in the bill.

The law is intended to put pressure on puppy mills, generally defined as "a large-scale commercial dog breeding operation where profit is given priority over the well-being of the dogs." Such mills, largely operated in the Midwest and Pennsylvania, produce about two million pets annually, and sell those animals to pet stores. The mills are subject to what animal rights advocates regard as inadequate laws enforced by the US Department of Agriculture. These laws are notoriously lax, requiring that breeders keep dogs in cages just six inches larger than the dog’s body, and that these crates be cleaned just once per week.

In a 2010 review, the USDA itself admitted that its Animal Care unit wasn’t able to enforce even these regulations. And it’s estimated that only half of the US’s estimated 10,000 puppy mills are subject to inspection by the USDA at all. The other, unregistered half sometimes aren’t subject to any inspections by any state agency.

Beyond basic shelter, advocates also say that puppy mill breeders regularly fail to provide their animals with sufficient food or water, medical care, or climate-controlled environments. And as these animals are typically confined to cages, they aren’t offered the socialization they need to develop adult skills.

Rather than attempting to create or enforce regulations on the puppy mills themselves, animal rights groups have backed municipal efforts at limiting the breeders’ sales to pet stores in larger cities. And the laws have largely been a success. A year after Albuquerque, NM, enacted the first municipal law of its kind in 2006, animal shelters reported a 23% increase in adoptions and a 35% reduction in euthanasia.

Due to growing public awareness of conditions in puppy mills, 24 of the top 25 pet supply chains in the US and Canada already offer dogs and cats sourced exclusively through animal shelters or rescue organizations. But smaller pet store owners worry that the changes in law will put them out of business.

“It takes the freedom of choice from people who want to get a puppy. They don’t want to get someone else’s unwanted dog or something of that nature,” Ben Ashel, owner of Puppy Heaven in Agoura Hills, CA told the New York Times. “They just want to start fresh with a puppy, and this law makes it very, very difficult.”

But that’s just not true. While pet stores will no longer be able to source these animals from breeders, the new California law takes no steps to prohibit individuals from purchasing their own puppies directly from breeders. And although it opposes California’s law, the American Kennel Club itself recommends that people seeking a purebred puppy should work one-on-one with a breeder and inspect the breeder’s premises and puppies in person.