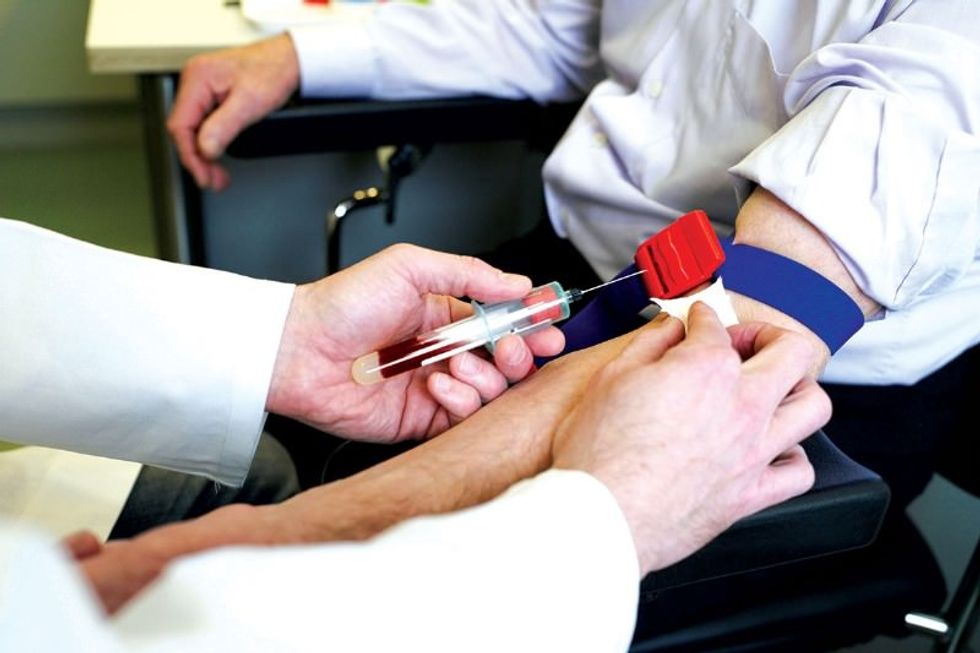 Cancer can develop in a variety of different organs, with each type of cancer presenting different signatures detectable via individual specialized methods. Cancer researchers have long sought to discover a way to detect multiple forms of cancer (over 100 in all) with a single test. Recently, scientists at a Silicon Valley healthcare company called GRAIL have succeeded in such a breakthrough, producing a blood test that can recognize 10 unique types of cancer with varying degrees of certainty.

In general, cancer is a unique disease in that a person’s immune system cannot recognize the key players, which are a person’s own cells turned against them. Since the immune system is designed to distinguish between “self” and “non-self,” cancer cells frequently slip through. Thus, scientists have expended significant time and resources to identify markers on cancer cells that are distinctive relative to normal healthy cells, which would aid in the detection of cancer.

The first significant headway came from a protein marker called “prostate specific antigen” (or PSA), which appeared to be elevated in the blood of men with prostate cancer. However, in recent years, it has been determined that elevated levels of PSA do not necessarily correlate with a previously undiagnosed cancer of the prostate. The test is still conducted, and can be predictive in approximately 25% of cases. The hope of many cancer researchers is to find bio-markers that are unique to each type of malignancy such that it will be possible to specifically detect each one.

Most often to confirm the presence of cancerous tissue, researchers will frequently perform a biopsy, where a piece of the organ in question is removed for laboratory examination. A blood test designed to detect cancer is frequently referred to as a “liquid biopsy.” Such blood tests can determine the levels of various blood cells, the degree of your kidney and liver functions, whether there are certain substances in your blood, and if specific cancer markers are present such as PSA. With regard to the assay described herein, DNA fragments were the predictive indicator that allowed scientists and clinicians to identify distinct forms of cancer.

The current study involved 1,627 individuals: 878 with recently detected and currently untreated forms of cancer and 749 that did not have any detectable cancer. The tripartite analysis looked for ten different types of cancers, including lymphoma, myeloma, pancreatic, ovarian, lung, esophageal, hepatobiliary, head and neck, colorectal, and breast cancers.

This new test was an excellent prognostic indicator for ovarian, pancreatic, and hepatobiliary cancers with accuracies of 90, 80, and 80%, respectively. The other 7 cancer types saw percent accuracies of 77, 73, 66, 59, 63, 58, and 56 for lymphoma, myeloma, colorectal, lung, esophageal, breast, and head and neck cancer, respectively. An important finding that was reported is that four of the study participants that were not known to have cancer tested positive with the new assay, and two of those individuals were later confirmed to have cancer.

The three parts of the GRAIL test looked for specific DNA factors, including: DNA fragments from the whole genome that are in circulation called “cell free nucleic acid” (or “cfNA”), certain unique mutations, and sites of DNA methylation, which can alter the expression of genes without changing their actual genetic sequence.

GRAIL researchers have shown that fragments of tumor DNA can be detected in blood circulation that whose genetic characteristics are indicative of the form of cancer from which they originated. Such DNA fragments have been termed “circulating tumor DNA” (or “ctDNA”), which are proving to be excellent bio-markers for early cancer detection. These efforts are all part of a major large cancer research program called the “circulating cell-free genome atlas study” (or CCGA) with at least 15 different contributing research institutions.

There is considerable excitement surrounding the development of this multi-cancer detection assay in both the medical and scientific communities, since early detection of cancer holds the best promise for successful treatment.

Researcher Nicholas Turner of the London based Institute of Cancer Research commented that the potential for this test to be expanded into a “universal screening” is “really exciting,” since “far too many cancers are picked up too late, when it is no longer possible to operate and the chances of survival are slim.” His comments were echoed by Cancer Research UK scientist Dr. Fiona Osgun, who remarked “detecting cancer early, before it has spread is one of the most powerful ways to ensure more people are offered treatments which give them a better chance of beating the disease.”

Indeed, if this screen can be augmented to detect the greater than 100 known forms of cancer, it would be a massive breakthrough that would enhance the cancer cure rate substantially.

The GRAIL team already has plans for larger studies to commence before the year is up. This next phase of testing will involve at least 15,000 participants, incorporating 10,500 individuals with some form of malignancy and another 4,500 that are cancer-free. They are hoping for as many as 150,000 individuals to be enrolled in the following phase of the efficacy study. Such population sizes will allow scientists to refine and enhance the sensitivity of their approach.

While the current test is still in the development stages and is likely to be at least five years away from being available to the public, it is a definite cause for hope in the ongoing battle to eradicate cancer.