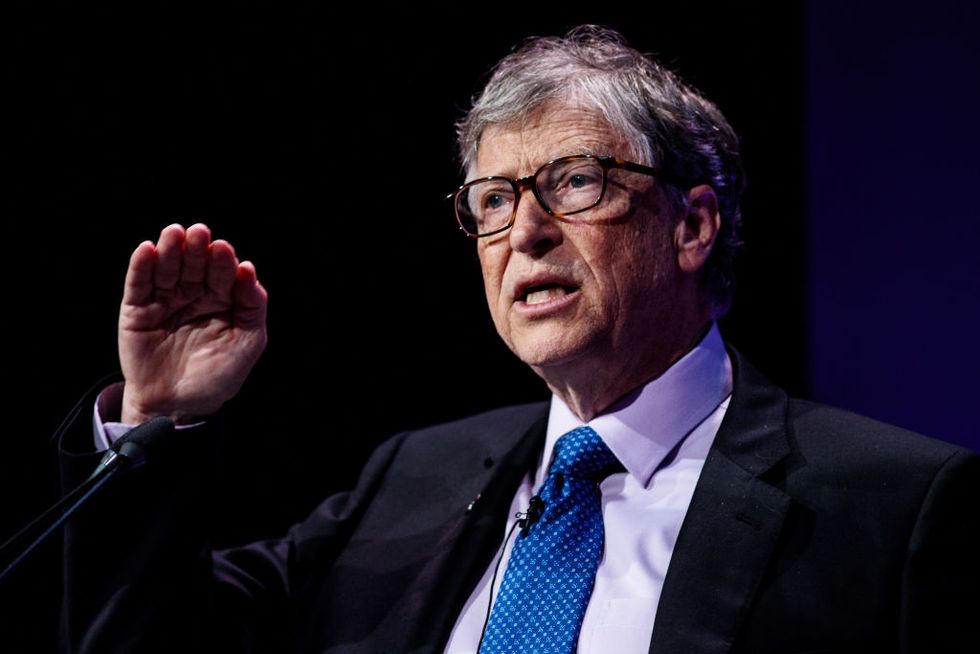 LONDON, ENGLAND - APRIL 18: American businessman and philanthropist Bill Gates makes a speech at the Malaria Summit at 8 Northumberland Avenue on April 18, 2018 in London, England. The Malaria Summit is being held today to urge Commonwealth leaders to commit to halve cases of malaria across the Commonwealth within the next five years with a target to 650,000 lives. (Photo by Jack Taylor/Getty Images)

With all the talk of President Trump’s nuclear button, deadly extreme weather and even humanoid robots taking over the world, it’s easy these days to imagine any number of doomsday scenarios that could wipe out the human race.

According to Microsoft-founder-turned-philanthropist Bill Gates, however, the most pressing threat is something much less dramatic but also highly plausible: A global pandemic akin to the 1918 influenza breakout, which could kill more than 30 million people in just six months.

In a late-April talk hosted by the Massachusetts Medical Society and the New England Journal of Medicine, Gates, whose Bill & Melinda Gates Foundation works to improve global health, said the U.S. is woefully underprepared for the “significant probability of a large and lethal modern-day pandemic occurring in our lifetimes.”

New pathogens are regularly introduced as human settlements encroach on rainforest and other animal habitats — Ebola, SARS, Zika, and H1N1, to name a few, were either dormant or did not exist before the past two decades — and the increase in global travel, migration and commerce could allow them to spread quickly and efficiently.

Worse yet, the possibility exists for some diseases to be weaponized for biological warfare, or to be used in terrorist attacks.

“The next epidemic could originate on the computer screen of a terrorist intent on using genetic engineering to create a synthetic version of the smallpox virus...or a super contagious and deadly strain of the flu,” Gates warned in 2016.

The U.S. would need considerably more public-health resources to withstand an outbreak thousands of times more deadly than this past year’s flu epidemic, which forced overwhelmed hospitals to pitch tents outside overflowing emergency rooms.

Vaccines can take time to research, develop and deploy, Gates pointed out in his speech. “So we need to invest in other approaches, like antiviral drugs and antibody therapies that can be stockpiled or rapidly manufactured to stop the spread of pandemic diseases or treat people who have been exposed.”

Worse yet, the Centers for Disease Control and Prevention is about to lose its emergency funding that was granted by Congress to fight the 2014 Ebola outbreak, and is being forced to downsize its epidemic-prevention activities in dozens of high-risk countries.

Gates toldThe Washington Post that he met with Trump to discuss his concerns about global health security but was referred to the National Security Council, whose Trump appointee, Republican activist John Bolton, has yet to meet with Gates. (“And likely doesn’t have much interest in what he has to say unless it involves bombing someone,” points out Gizmodo.)

To that end, Gates points out the U.S. should be preparing for a pandemic as if it were a legitimate threat to national security, since it could handily kill more people than even a nuclear attack.

"In the case of biological threats, that sense of urgency is lacking," he said. "The world needs to prepare for pandemics in the same serious way it prepares for war."