Who Will Be Evicted on 'Big Brother' Tonight? 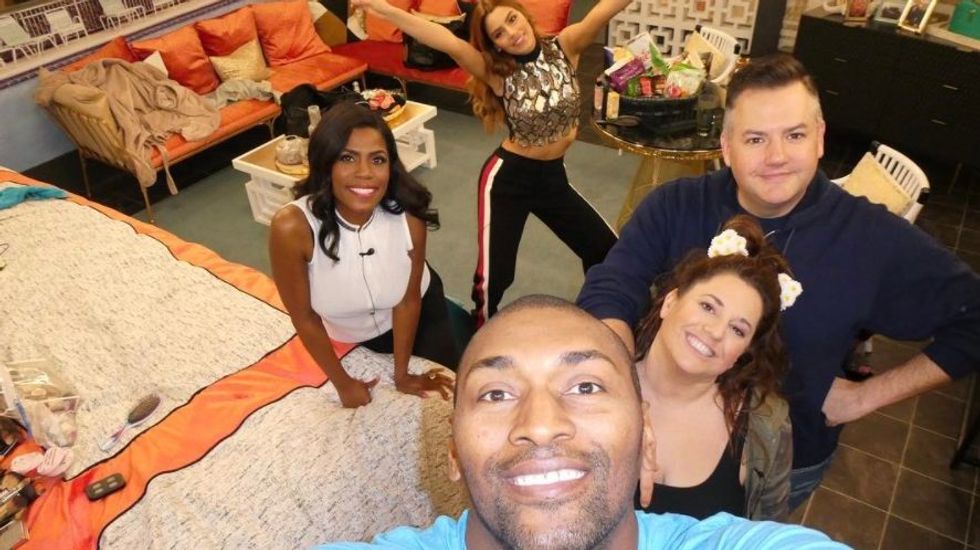 WARNING: SPOILERS! READ AT YOUR OWN RISK!

There are only five houseguests left on Celebrity Big Brother, and tonight's two-hour special will include a double eviction.

Last week, Mark McGrath won Head of Household, making both himself and James very happy. They teamed up to nominate Brandi and Ari. Previously, Mark suggested he'd nominate Omarosa if either won the Power of Veto, but he also threw Marissa's name into the mix.

Tonight's episode is going to start with the Power of Veto competition, followed by the first eviction. Going into the night, it's evident that Brandi is the one with the target on her back. Will she be evicted?

Ariadna Wins the Power of Veto

Ariadna wins the Power of Veto and saves herself. She replaces herself with Marissa.

Multiple outlets report that Brandi is the first one to go home.

Brandi says that she feels extremely betrayed by Ross, but nonetheless gets the boot and walks out.

Brandi, 45, is originally from Sacramento, but lives in Los Angeles. She's a self-described mom, New York Times bestselling author, beauty blogger, and reality TV personality. Asked by CBS if she had a strategy coming into the game, Brandi says, "No, I'm just going to be myself and see what happens."

The second elimination is anyone's game. If James or Ross wins Head of Household, it seems likely they will nominate Omarosa and Ariadna to get rid of Omarosa.

In a recent interview with CBS New York, host Julie Chen opened up about tonight's double eviction. She said, "The great thing about double eviction night is in that second hour, you have the whole cycle of Big Brother that normally takes a week to play out. You have it all in one live hour. The second person who gets evicted is really anyone’s guess. None of us know, it all depends on who wins HOH going into it."

This weekend, Celebrity Big Brother will air Friday, Saturday, and Sunday at 8pm ET/PT on CBS.