Biden His Time No Longer 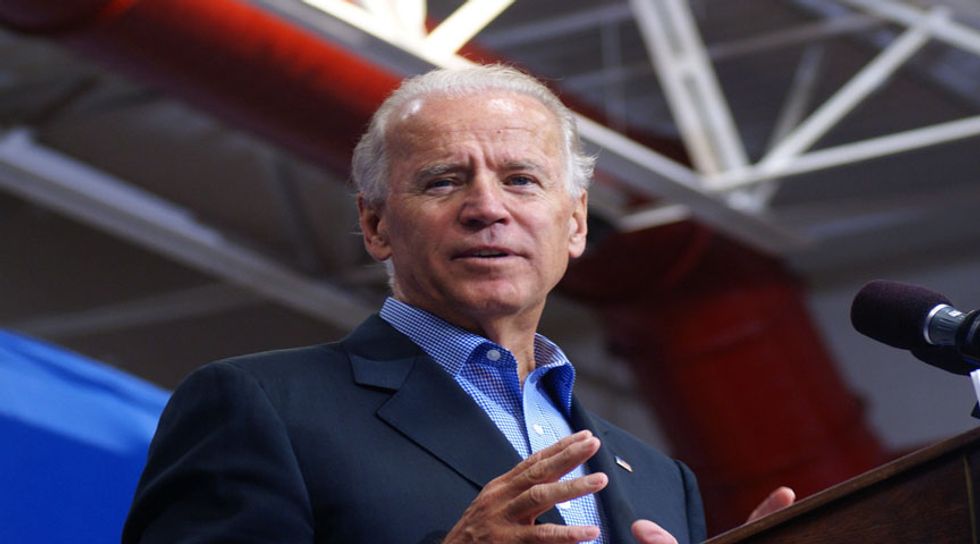 All will-he-or-won’t-he speculation ended Wednesday when Vice President Joe Biden decided not to join the Democratic Presidential Primary. This leaves former Secretary of State Hillary Clinton, Senator Bernie Sanders, former Governor of Rhode Island Lincoln Chafee, and former Maryland Governor Martin O’Malley as the major candidates. In making his choice, Biden took his time to weigh the many factors that could have pushed his decision in either direction.

Biden’s delay in deciding was most likely due to the death of his son, Beau Biden, earlier this year. Biden has been open about his grief after Beau’s death. In a candid interview with Stephen Colbert in early September, Biden said, “I don't think any man or woman should run for president unless, number one, they know exactly why they would want to be president; and two, they can look at folks out there and say, “I promise you have my whole heart, my whole soul, my energy, and my passion.’” His choice to run seems to be a clear indication that he was not ready to put his focus on the presidential race.

In waiting to declare his intention to seek the nomination, Biden potentially made his candidacy more difficult. Despite the fact that he could have joined the first debate as late as a few hours before it began, Biden put off the decision. That may have been a fatal choice. After the October 11 debate, polls show Biden’s support dropping while Clinton and Sanders both improved based on their performances. Biden could have retained a foothold in the race had he made the decision earlier in the process.

Pundits had been speculating for months about what unique place Biden might take as a candidate for the Democrats. Some Democrats hoped Biden would connect with white, working class male voters in a way that Clinton and Sanders have not yet done. However, Democrats have been losing white, working class voters for decades, and Biden’s politics, while more conservative than Clinton’s or Sanders’s, were unlikely to capture many conservative voters. This lack of a distinct base not, tapped by the current Democratic candidates may have been one of the reasons Biden delayed his decision, and then decided not to run.

In Biden’s statement at the White House yesterday, he said that he felt he had run out of time to start his campaign. He did say he and his family would continue to speak out, preserve the legacy of the Obama administration and influence national politics. He seems proud of his role in Obama’s legacy, and content to conclude his political career here.