'The Bachelor' 2018: Are Arie and Lauren Engaged? [SPOILERS] 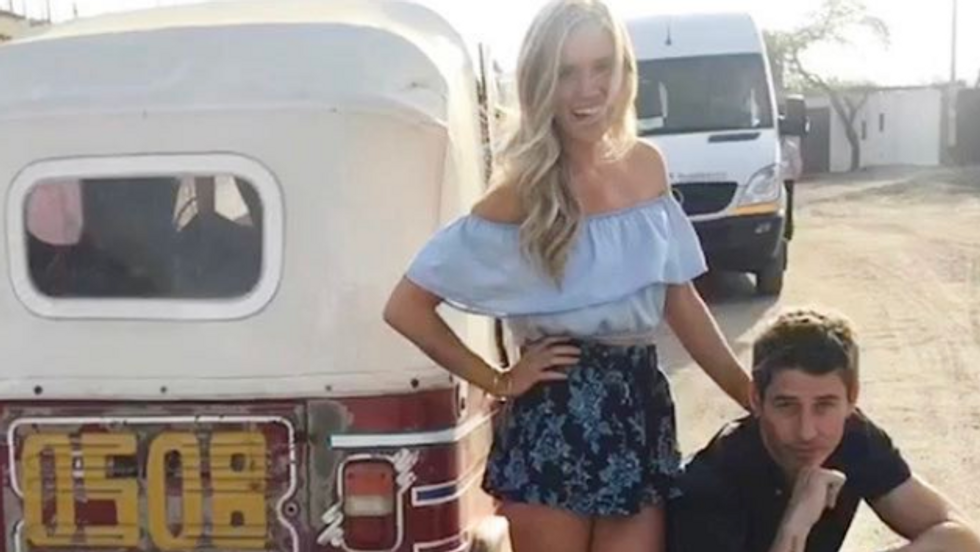 Are Arie and Lauren engaged? Does she take him back? What can you expect from tonight's ATFR?

Last night's finale was one of the most dramatic episodes in Bachelor history. Lauren and Becca met Arie's parents, and they were fans of both ladies. Ultimately, they told their son that they thought Becca was the best choice for him. Arie vocalized his indecision during both one-on-one dates, saying he really didn't know who to choose until he woke up the morning of the proposal.

At the altar, Arie proposed to Becca, and she said yes, leaving Lauren teary-eyed and confused.

Arie remained engaged to Becca for a few weeks, but over time, he says he started having doubts about his winner. During last night's broadcast, Arie admitted he couldn't stop thinking about Lauren B, and eventually, he shared this with Becca. He had a phone call with Lauren that Becca was aware of, but what happened next, no one was prepared for.

Arie and Becca planned on meeting for a 'Happy Couple' date. Becca clearly had no idea what was coming, because Arie walked in with two cameras behind him, and said, "You're scaring me." He then proceeded to sit her down on the couch and break up with her, thus calling off the engagement.

Tonight, Arie will try and win Lauren B. back. Lauren's parents weren't totally into the idea of their daughter being on The Bachelor to begin with, so will Arie convince them to let him see their daughter? Will they get back together?

At the start of the show on Tuesday, Chris Harrison revealed that a proposal will, in fact, happen tonight.

Although it hasn't been confirmed, Reality Steve believes that Lauren and Arie are engaged. Why? He was given a tip from a fellow blogger that on Saturday, February 24, a film crew was at the Monarch Bay Resort in Dana Point, which is where Tanner and jade had their wedding. Reality Steve also says he received tips that a "Bachelor proposal was happening." He continues by writing, "Do I have solid confirmation that a proposal definitely ended up happening? No. But if you ask me if I think they’re engaged, I’d say yes."

Steve has been incorrect in the past, though, and as Elite Daily points out, it would not really help him win over fans if he dropped a surprise proposal on live TV 24 hours after we've seen him break Becca's heart.

Whether or not Steve's predictions are true has yet to be seen, but we will find out tonight. Season 22 of The Bachelor wraps up March 6 with "After the Final Rose", starting at 8 p.m. ET on ABC.

I really hope he brings JuanPablo on for some really bad advice and he just tells Arie "IssOkay" #thebachelor #AfterTheFinalRose
— Us Weekly (@Us Weekly) 1520384998.0