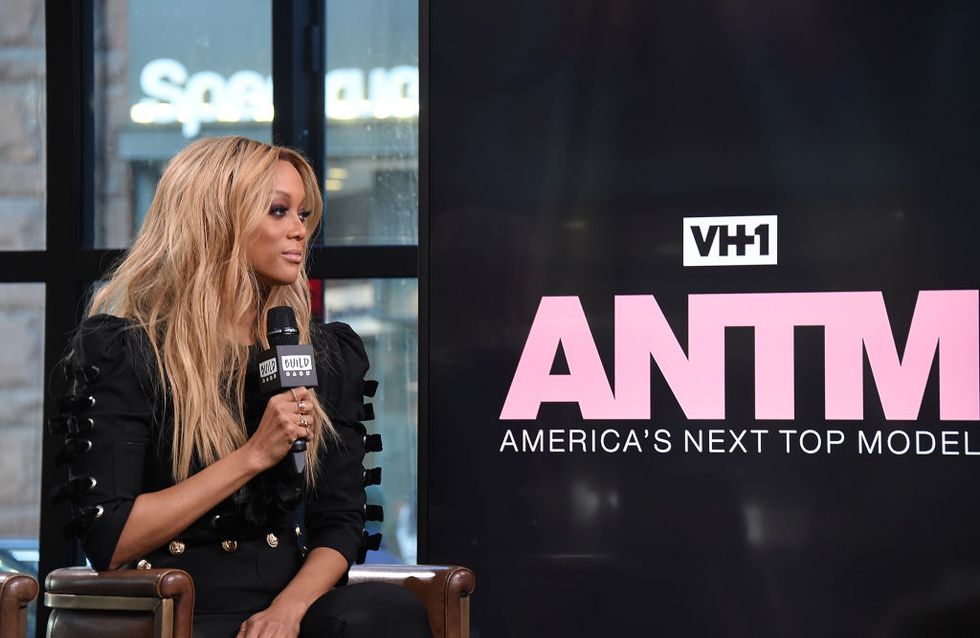 The new season of America's Next Top Model premiered on January 8, marking its 24th cycle. In a preview of tonight's episode posted by PEOPLE, a few of the contestants get into a heated debate about feminism. Liberty Netuschil of Idaho and Kyla Coleman of Washington lead the argument, with others joining.

The battle over feminist ideology starts with Kyla, who recounts an early memory where she was not able to play baseball with the boys. "That was the first time I realized boys and girls aren't equal," she said.

Liberty, who ties her beliefs to being a Republican, disagrees. "I'm still a woman. I'm very much different than a man, so to be treated the same as him sometimes I don't agree with," she says, responding to Kyla. In a solo moment to the camera, she adds, "I do believe in a lot of things Republicans talk about and what they're representing."

In Kyla's solo moment to the camera, she makes a jab at Liberty, and says, "Liberty... I don't know if she thinks before she says things."

The preview ends with Kyla giving Liberty the finger. You can watch the full video on PEOPLE.

There are 15 contestants this season with four judges: Tyra Banks, plus-size model Ashley Graham, Paper Magazine's Drew Elliott, and stylist Law Roach. Get to know a little more about Kyla and Liberty below the cut.

Liberty Netuschil moved to Los Angeles at 18 to pursue either radiology or modeling, according to her personal website. (Hint: she stuck with modeling). She later found success as a blogger before landing on America's Next Top Model. She's earned a ton of buzz for being ANTM's pro-Trump contestant, but has since claimed her views have changed. In a lengthy Instagram post, she writes, "I am pro America and I will not stand by someone who, in the beginning, I thought was a positive change for us."

There isn't too much information online about Kyla Coleman, which is refreshingly odd for a TV personality and model. The Olympian, a local news outlet based out of Olympia, WA, published an article saying the ANTM contestant had graduated from River Ridge High School in Coleman's hometown in 2015. Apart from that, what you see on her Instagram is what you get.