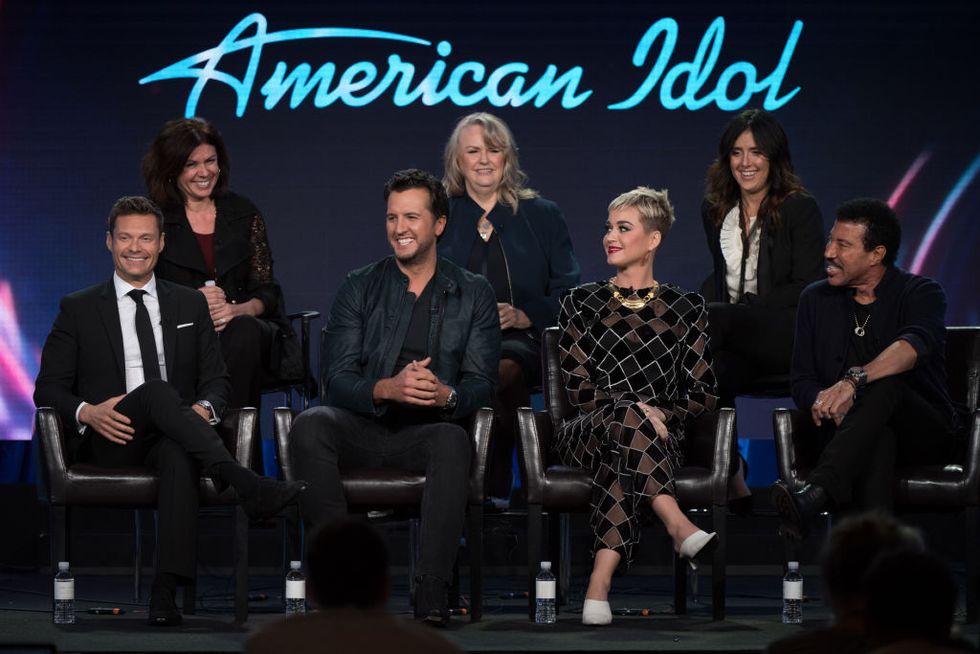 A new season of American Idol premieres tonight on ABC at 8 p.m. EST. Ryan Seacrest returns as the host, with Lionel Richie, Katy Perry and Luke Bryan as the new panel of judges. Luckily, you can watch tonight's episode online for free. Read on to learn more about where you can live stream American Idol 2018.

In 2016, the popular singing competition announced its final season on FOX, where the show aired for 15 years. According to TV Guide, it ranked as the nation's most-watched prime-time program for eight consecutive years. Billboard put together a visual chart with the show's ratings from season 1-13. According to the chart, American Idol premiered in 2002 with 22.8 mil average viewers. Then, in 2003, viewership spiked up to 38.1 mil. Ratings went up and down the following years, and fell to 10.2 mil in 2014.

American Idol premieres tonight with a two-hour episode on ABC instead of FOX. The format remains mostly the same, but with new, happier faces. The judges will be nicer, too, according to Deadline. "From this episode, we can speculate that we’re in for a rather gentle, very un-Simon-like season," the author writes.

"We are looking for something unusual -- I am, in particular," Katy Perry told ABC News. "There [are] a lot of great singers but... it all depends on what kind of star you want. Do you want someone who can just play... bars? Or do you want to fill arenas?"

Now onto the good, free stuff. You can live stream American Idol 2018 on a few different websites. First, Hulu now offers live TV channels, and you can sign up for their new TV service right here. You can watch on your computer or on your smartphone or tablet with the Hulu app.

You can also sign up for a free 7-day trial on DirecTV Now in select markets. Like Hulu, you can then watch on your computer through the DirecTV website, or on your smartphone or tablet via the DirecTV Now app.

The next episode will air on ABC tomorrow (March 12) at 8 p.m. EST on ABC. Check back for more updates on where to live stream American Idol 2018.