Does Amazon Deliver on Christmas Eve 2017 Since It's Sunday? 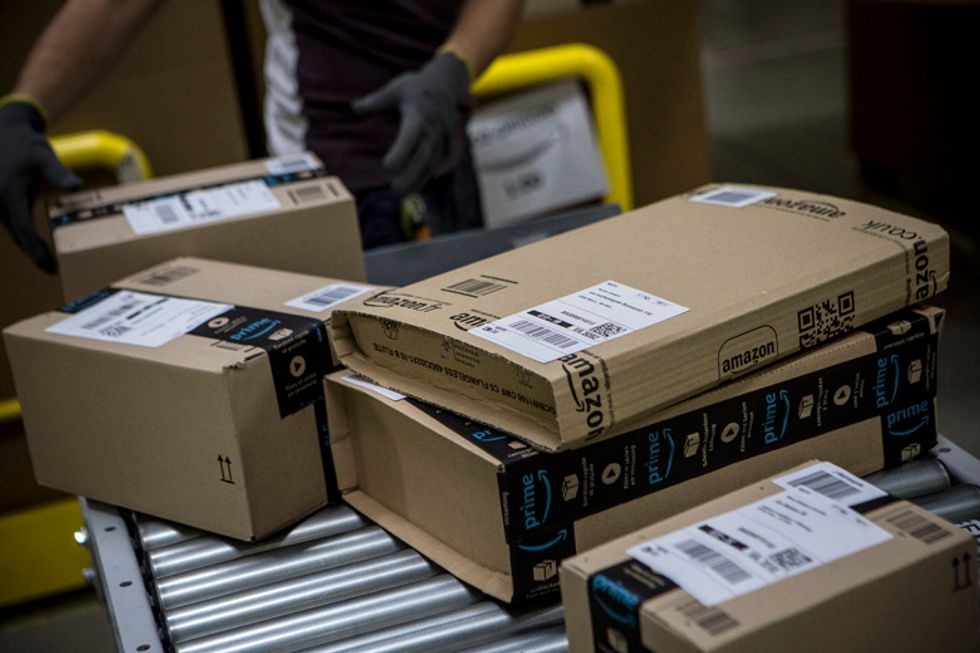 Will Amazon deliver packages on Christmas Eve 2017 since it's Sunday? UPS, the main courier of Amazon, is off that day. However, according to Amazon, there are still ways to make sure you have a "Merry Christmas" presents-wise. For Amazon Prime members, Friday, December 22 is the last day to order for free two-day shipping that will be delivered on Sunday by other Amazon courier affiliates other than UPS. After that, things get a little more difficult: if a gift is ordered on Saturday, December 23, free one-day shipping is available—but only in select areas. There is also same-day delivery on Christmas Eve, but again, only in select areas.

Amazon and its vendors employ different couriers across the U.S., but the U.S. Postal Service (USPS) is the most popular. In 2014, GeekWire writes, the USPS rolled out Sunday delivery of Amazon to a large portion of the U.S. population. Before then, post office only delivered Priority Mail Express items on Sunday.

Was Jesus Really Born on Christmas?

Though the meaning behind the holiday seems to have been lost to commercialism and gift giving, at its core, Christmas Day is still about the birth of Jesus of Nazareth. At the start of the December, nativity scenes are erected to depict the welcoming of Christ, but for much of the season, the manger is without its infant figure.

It’s not until Dec. 25 that the baby is added to the scene, indicating Christmas as the day Christ was born. The Bible, however, never mentions a specific date or time of year for the birth of Jesus. That, then, leaves two questions unanswered: “When was Jesus born?” and “Why is Dec. 25 considered his birthday?”

When Was the Birth of Christ?

For the first answer, one must look within the books of the Bible. Though the texts never outright give a timeframe for the birth of Jesus, chapter two within the Gospel According to Luke provides minor details that infer when it may have happened. Luke 2:7-8 references shepherds tending to their flock at the time of Jesus’ birth. According to weather trends in Bethlehem, temperatures in December typically hover in the 50s, making it unlikely that herds of sheep would be roaming the fields at night and not sheltered from the elements.

To determine when Jesus was born, Jehovah’s Witnesses use a simple method of counting back from his date of death. As Luke 3:23 claims he was 30 years old at the start of his ministry and his death came in spring of 33 C.E., it is assumed he was born in the early fall of 2 B.C.E. Scholars like astronomer Dave Reneke take a different approach to pinpointing Christ’s birth month.

According to Reneke, the Star of Bethlehem was likely the crossing of Venus and Jupiter, which formed the deceptively bright light. Reneke’s models of planetary movement showed that the event would have occurred in June of 2 B.C.E.

Though pinpointing Jesus’ actual birth date may be impossible, there is still one question that can be answered. Prior to Jesus’ birth, Dec. 25 was allegedly already recognized by pagan religions as the birthday of the sun. To help promote the spread of Christmas and Christianity, theories state that Christians chose the date to appeal to the pagans who already celebrated it. Common Christmas traditions like the use of a tree are said to have been pulled from traditions of medieval druids.

A second theory revolves around the belief that Christ’s date of death and birth date were linked. First proposed by French scholar Louis Duchesne, the theory states that Jesus was born and crucified on the same day, just nine months apart. As his death was calculated by Tertullian of Carthage to be March 25 in the Roman calendar, his date of conception was celebrated on Dec. 25.

Supporting this belief are followers of the Armenian Church, who still celebrate Christmas on Jan. 6. According to the Grecian calendar they use, Jesus died on April 6, making their celebration of his birth the sixth of January.