70 Years Later, The Bombing of Hiroshima and Nagasaki Still Cause For Debate. 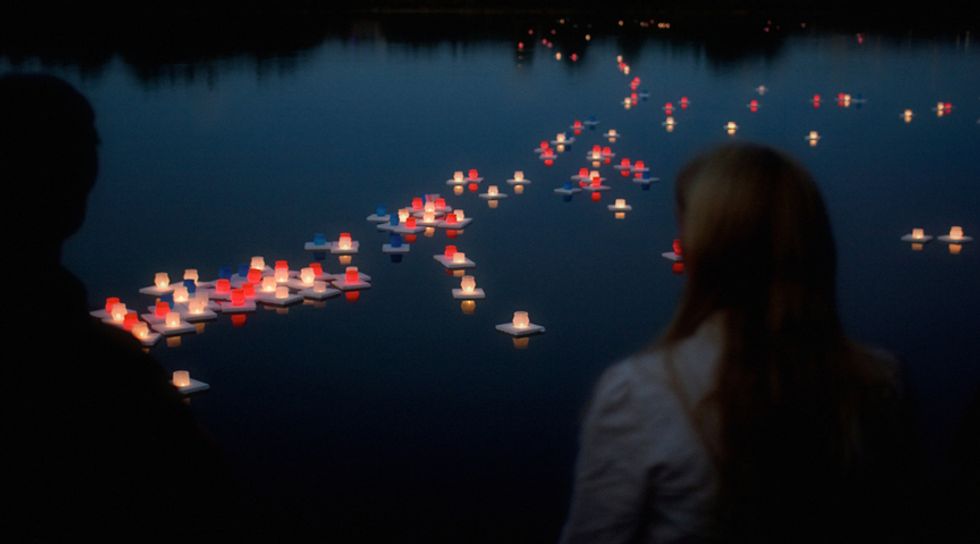 Seventy years ago, on August 6, 1945, the United States dropped an atomic bomb on Hiroshima, Japan; three days later, it dropped another on Nagasaki. Japan surrendered within a week, marking the end of the bloodiest war the world has ever known. But 70 years later, whether the United States made the right decision is still a point of bitter debate.

The human cost of the nuclear attack on Japan is almost unfathomable: approximately 200,000 people lost their lives. And yet, many continue to believe that the bombing was unavoidable.

The now familiar narrative justifying the use of the atomic bombs alleges that President Truman’s decision to use the bomb was necessary to bring about Japan’s swift surrender and thereby save countless lives. Zachary Keck of The Diplomat points out, for instance, that the two nuclear attacks were an alternative to the U.S.’s plan to execute a massive ground invasion of Japan. According to Keck, “Operation Downfall” was expected to result in millions of casualties -- the vast majority of whom would have been Japanese.

The interview between radio host John Batchelor and author Charles Pellegrino discusses a "letter inside an encased measuring instrument dropped by a U.S. plane performing an observation role as Hiroshima was bombed, warning of additional bombs and calling on Japanese physicists to urge their leaders to stop the war."

Even if Operation Downfall had not been carried out as planned, it is possible that Japan would have suffered immeasurably at the hands of the Soviets, who entered the war in the Pacific on August 8, 1945. Keck points out that surrender would have been culturally unthinkable in Imperial Japan.

So, according to Keck, it is conceivable that “domestic politics and the need to save face would have compelled [Japan] to try and fight [the United States and the Soviet Union]

simultaneously for a while, though they knew the effort was futile.” The atomic disaster made it possible for Japanese leaders to consider surrender.

But there are many who take issue with this kind of speculation. In his article for The Asia-Pacific Journal: Japan Focus, for example, Tsuyoshi Hasegawa argues that the bombings had less of an effect on the “emperor's sacred decision” to surrender than did the entry of the Soviet Union. Though Hasegawa acknowledges that the atomic bombs “injected a sense of urgency in finding an acceptable end to the war” and tipped the scales toward peace, he argues that the Soviet Union’s entry into the conflict “completely toppled the scale itself.”

Still others believe that Truman’s purpose may have been more about intimidating Soviet leadership than about the emperor of Japan. In his 1965 book titled Atomic Diplomacy: Hiroshima and Potsdam, Gar Alperovitz asserts that President Truman and then-Secretary of State James F. Byrnes carefully orchestrated the timing of the Hiroshima and Nagasaki attacks as a direct “diplomatic offensive against the Soviet sphere in Eastern Europe, with the atomic bomb as an implicit but very obvious potential instrument.”

For many, it is hard to imagine any legitimate justification existing for the horrific pain and suffering the atomic bombs inflicted on Japanese civilians. Only about half of those who died as a result of the nuclear bombs did so on the day of the attack -- the rest slowly succumbed to their wounds and burns. Rupert Wingfield-Hayes of the BBC News reports that after the attack, survivors emerged from the ruins of their homes, skin peeling from their faces; rivers were clogged with the corpses of those who had desperately flocked there to escape the fires.

Even with the benefit of hindsight, it may not be possible to determine whether or how World War II would have ended had Hiroshima and Nagasaki been spared. What the bombings rendered clear, however, was the extent of suffering and destruction that could be caused by nuclear conflict. Whether or not President Truman’s actions were justified at the time, this solemn anniversary should serve as a reminder of the terrible consequences of nuclear war, lest we ever tread down a similar path.